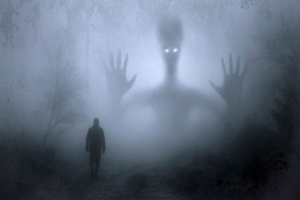 When scarier scenes emerged in sequence

I recall the first time I got to see a horror movie. I was 15 years old and in the final year of matriculation. The movie was showing at Aurora Talkies in Central Mumbai. In that particular year, three notable English movies made an entry on Indian screens. Two were horror movies, namely The Omen, and The Exorcist, while The Day of the Jackal was a political thriller. All three were certified adult movies. Aurora Talkies in Matunga, Central Mumbai was screening The Omen.

Being tall has its advantages in Indian society, though at times it can also provoke embarrassment. To elaborate, I will mention an incident that took place when I was playing hide and seek with my schoolmates. A man caught hold of me and told me you are too old to be playing with children. Being the pre-teen age I could hardly manage to respond and chose to ignore his jibe. Now coming to the advantages it has, the security man who was in charge of allowing only adults to watch the movie waved me through as I strolled into the auditorium.

I had already read the book and had a good idea of how the story unfolded. Robert Thorn, the protagonist played by Gregory Peck did a good job throughout. In the story, Damien Thorn was the child that replaced Thorn’s biological son in the hospital soon after birth. He was slated to turn into a full-grown adult anti-Christ. The first terror scene I witnessed was when 5-year-old Damien’s nanny hung herself from a tree in presence of all the birthday revellers. The noise that the scene made and also the sudden screenshot that focused on her jumping to death really got me scared.

The next scene that had me frightened was the way Damien behaved when his mother Kathy (played by Lee Remick) tried to take him to the church. Soon it was followed by another scary scene at the way animals violently responded inside their cages when Kathy took him to a zoo. As more and more signs emerged of Damien’s true identity, along with the appearance of a Rottweiler and a new nanny by the name of Mrs Baylock at the home of the Thorns, scarier and scarier scenes emerged in sequence. Kathy being pregnant was pushed against the railing by Damien to the floor below that resulting in a miscarriage. The noise and presence of Mrs Baylock and her facial look were really scary, making me lower my eyes a bit to avoid discomfort.

The scariest was yet to come. It happens after Robert Thorn passes a razor over Damien’s head and uncovers the 666 mark that is reserved for the antiChrist. The nanny Mrs Baylock tries to block Thorn from carrying Damien out in his car. He furiously drives the car knocking off Mrs Baylock violently with her head splintering. Her devilish look supported by special effects and the soundtrack that supported the scene got me really frightened.  An earlier scene in which press photographer Keith Jennings and Robert Thorn visited a cemetery in Rome to trace Damien’s original mother ended up with their fending off Rottweiler hounds who sought to jump on their throats. Though gruesome, it was a shade less scary.

Being my first experience watching a horror movie revolving around an impending apocalypse, the fright stayed in my mind for quite a few days. However, being my first blush with the horror genre it mentally prepared me to watch movies like Nightmare at Elm Street and Evil Dead years later.