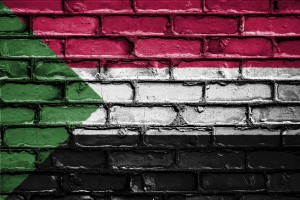 The world around us

The civilian protestors in Sudan have largely refused to accord acceptance to the recent deal struck between their incarcerated and deposed Prime Minister Abdalla Hamdok and the country’s military chief, General Abdel Fattah Al-Burhan, which resulted in the former’s being reinstated to his position after a near one-month long military coup.

Following the deal, the Sudanese Foreign Minister, Mariam al‑Mahdi, resigned, claiming the ministers were not consulted about the agreement between Hamdok and Al-Burhan, and made it clear that, “We are against the agreement because it supports the coup.”

In this Sunday’s [November 21, 2021) move the military rulers and Hamdok’s civilian political outfit forged an alliance that talked about sharing of power besides freeing of all political prisoners. The incarceration of both political figures and civilian protestors had taken effect soon after the October 25 military coup. The power-sharing agreement that the military leadership has agreed to as part of the deal is yet to come clear on what extent of restructuring and changes it’s likely to effectuate in the future.

Since the ouster of strongman Omar al-Bashir way back in 2019, Hamdok, though heading a transitional government, continued to hold fort till the recent coup in October 25 staged by Sudan’s military leadership overthrew the constitutionally empowered government and dissolved the cabinet.

Although the move resulted in Hamdok being freed from house arrests, with only his personal security staff around him, this failed to bring any cheer to the Sudanese protestors on ground. In fact, violence continued unabated with police bursting tear gas shells to disburse the mobs that had gathered following the truce declaration. The protests demanding that punitive action be taken against military chief al-Burhan for atrocities inflicted on civilians since October 25, moved from the suburbs of the Sudanese capital Khartoum towards the presidential palace.

The civilian protest outfits, headed by Freedom and Change Coalition (FCC) vehemently opposed the truce, spelling out “There is no legitimacy in the proposed partnership after the negotiations between the two sides. The plotters of the coup have to be booked for their crimes.”

The gut feeling coming from the Sudanese people was that such bargains effected for political convenience is not in the interests of the nation and will not yield any positive result.