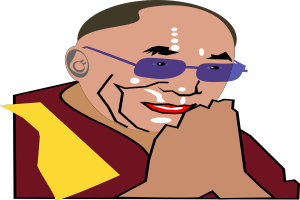 Beijing/Dharamshala: Urging the United States to acknowledge Tibet as part of China, and not support “Tibetan independence”, Beijing hardened its stance on the Dharamshala-based Tibetan government-in-exile and described the 14th Dalai Lama as a “political exile disguised as a religious figure”.

Responding to US Under Secretary and Special Coordinator for Tibetan Issues Uzra Zeya’s meeting with the Dalai Lama at his official residence in Dharamshala today, China said the US should stop meddling in China’s internal affairs under the pretext of Tibet-related issues, and offer no support to the anti-China separatist activities of the “Dalai clique”.

Zeya also met the head of the Tibetan government-in-exile and some Tibetan representatives in India on May 18, 2022. Speaker of Tibetan Parliament-in-Exile Khenpo Sonam Tenphel, who met Zeya on May 18, said that “your visit to Dharamsala sends a clear message to the Chinese government.”

Zeya’s was the first such visit of a higher official from the Joe Biden administration of the US to the Tibetan government-in-exile in Dharamshala in India. She was appointed as the special coordinator for Tibetan Issues in December last year and is on a visit to India and Nepal from May 17-22, 2022. Last month the President of the Central Tibetan administration Penpa Tsering visited Washington and met Zeya as well as the House Speaker Nancy Pelosi.

Lijian claimed that the Tibetan government-in-exile is not recognized by any country in the world, and accused Dalai Lama of engaging in anti-China separatist activities for a long and attempting to split Tibet from China.

“The appointment of the so-called “US Special Coordinator for Tibetan Issues” constitutes an interference in China’s internal affairs. China is firmly opposed to this and has never acknowledged it,” he said.