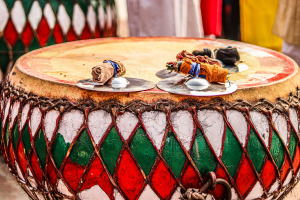 New Delhi: Some renowned artists will be part of SPIC MACAY Anubhav4.0, wherein participants from schools and colleges will learn various art forms of  India from ‘great gurus’ in person and watch some beautiful concerts on a large screen in a hall.

The event, to be held in hybrid form for the first time, assumes significance this year as with COVID-19 disrupting lives everywhere, the education sector, too, has seen significant roadblocks, and the mental well-being of youngsters has also been affected. The need for value-based, creative and deeply touching elements of arts, yoga, and meditation has been felt more strongly now to help deal with the uncertainty of life. 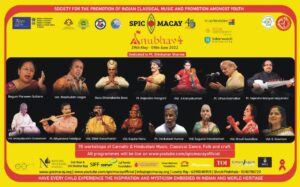 Earlier editions of Anubhav were held virtually in June 2020, June 2021 and October 2021. This year though, it is being organised in a hybrid mode, where 200 students will gather physically on each of the seven top campuses based in Bilaspur (Chhattisgarh), Bengaluru, Anekal and Dharwad (Karnataka), Rajkot (Gujarat), Tiruchirapalli (Tamil Nadu), and Karjat (Maharashtra).

“Post-Covid, anyone campus was fighting shy of allowing a gathering of 1500 students, so we decided to have smaller groups where students get to learn yoga or an art form in a workshop directly from a guru in person and they watch some of the afternoon and evening programmes on a big screen while sitting together in a hall,” Suman Doonga, Director Media, SPIC MACAY, said.

Besides, sitting at home, yet in an ashram-like routine that demands discipline, the participants who join the event virtually, will get an opportunity to connect with some of the greatest Gurus through various activities like classical music and dance concerts, lecture demonstrations, workshops, talks, Naad Yoga, Hatha Yoga, meditation, cinema classics, folk arts and crafts, cultural heritage and environmental interactions, ultimately establishing a deep chord with the values embedded in Indian and world heritage.

A normal day during the series will start at 4:00 am in the morning with a yoga session with senior yoga gurus and a meditation session by a young teacher from the Brahmakumaris, followed by workshops with gurus of different classical art forms, folk forms, crafts and painting. There will be more than 25 workshops offered online where more than 2500 students from every nook and corner of India are expected to participate. Some of these will be available on the SPICMACAY YouTube channel. The afternoon session will consist of talks, movie screening, discussion with experts and folk performances. In the evening great Maestros from the field of Indian classical music and dance will perform. The second last day will see an overnight concert from 9 pm to 6 am IST. And the last day will close with a heritage tour and a virtual tour!

For the past 45 years, SPIC MACAY (Society for the Promotion of Indian Classical Music And Culture Amongst Youth) has been striving to enrich the quality of formal education among adolescents and youth by raising awareness about various aspects of Indian heritage and motivating young minds to imbibe the values contained therein.

1 thought on “SPIC MACAY Anubhav 4.0: Learning from the great gurus in person”