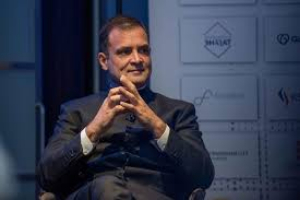 New Delhi: Congress leaders are irked with the “selective leaks” to sections of media over the Enforcement Directorate’s questioning of their former president Rahul Gandhi. Many senior party leaders said they were upset by the “gross violation” of Rahul’s human rights and warned that the trial by the media cannot be tolerated. Demanding that the ED must immediately stop “ leaking information to media” they said that it was “disgusting” on the part of the ED’s conduct of leaking information to defame the Congress leadership and especially Rahul Gandhi. They blamed the ED for becoming a tool of vendetta for the government.

Strong separate letters were also sent by the Congress leaders to Finance Minister Nirmala Sitharaman, Home Minister Amit Shaw and Law Minister Kiran Rijiju, urging them to stop the selected leakage of the proceedings. Sources said that the Congress Party made it clear that the issue is serious and they can approach the High Court and Supreme Court or even file a suit against them for redressal of their grievance. While arguing that there was no such thing as “money laundering”, the AICC claimed that for the past three days the country had been witnessing gross misuse of power by the BJP to humiliate the Congress Party.

Media reports referring to sources at the Enforcement Directorate today suggested the Congress leader Rahul, during the questioning, said that former Congress Party treasurer Motilal Vora was responsible for all the transactions pertaining to the Young Indian’s acquisition of Associated Journals Limited’s (AJL) assets worth hundreds of crores from Congress. During the three-day-long quizzing, Rahul disclaimed personal knowledge of transactions being investigated for alleged money laundering in the light of a report from the Income Tax department. It is learnt that Rahul denied having any knowledge of the loans or accommodation entry taken by the Young Indian, blaming everything on Motilal Vora, who is no more.

The ED sources denied the suggestion that it was not letting Rahul leave until 11 pm out of any design and disclosed that Rahul takes 3 to 4 hours break after every three hours of questioning. ED sources said that they have been getting only around 6 hours to question him. Sources said that the Young Indian (YI) was founded with Rs 5 lakh and did not have the financial resources to take over the AJL, which had debts of Rs 90 crore owed to the Congress Party. Since the YI did not have any funds at the time of the alleged purchase of a loan of Rs 90.21 crore it claimed to take a loan of Rs 1 crore from the shell company of Dotex Merchandise Private Limited of Kolkata.

Rahul and his mother Sonia, the Congress chief, together hold 76% stakes in Young Indian and the remaining 24% was held by Vora and Oscar Fernandes (12 % each) and both have passed away in respectively in 2020 and 2021. Sources said that the probe indicated that after Young Indian’s acquisition of AJL, two of the YI’s founders Sam Pitroda and Suman Dube exited as a shareholder, transferring their shares to Sonia and Oscar Fernandes. This resulted in the transfer and control of the YI in the hands of Sonia and Rahul, with a majority shareholding of 38% each.

Rahul’s questioning will continue tomorrow after he sought exemption today. The Congress chief, Sonia Gandhi, who is recovering from COVID in a city hospital, has been summoned by the ED on June 23, 2022.

The All India Congress Committee (AICC) General Secretaries today held a meeting with the state unit chiefs to coordinate the nationwide gherao of Raj Bhavans tomorrow.

The Congress today also lodged a protest and filed a complaint with the Lok Sabha Speaker about the alleged trespass of Party headquarters by police on June 15, 2022, and urged the Speaker to act over the alleged mishandling of women lawmakers by the police on that day. Senior leader P Chidambaram and others also met Rajya Sabha Chairman Muppavarapu Venkaiah Naidu and gave a written complaint about the manner in which police acted during the last three days. They pointed out that police had detained MPs without a written order for 8 -12 hours and even denied them food and water.

At Tughlak Road police station in Central Delhi, a complaint was also lodged stating that the Congress Party workers and functionaries were being stopped by the police from going to the party office for routine work. Congress leaders urged the authorities to take note of alleged atrocities against the party workers and leaders. At the AICC also senior leaders discussed the plan of action against the police atrocities and brutal crackdown on the Congress workers and leaders.

Apart from Delhi, the Congress today held protests in several parts of the country including in the state capitals of Karnataka, Telangana, Kerala, Rajasthan, Tamil Nadu, and Punjab over the ED investigating Rahul Gandhi in the National Herald case. Several capital cities witnessed traffic congestion as well as top leaders being pushed around by the police. Many of the PCC chiefs and Congress Legislature Party leaders courted arrest as they were leading their protest march to Raj Bhavans.