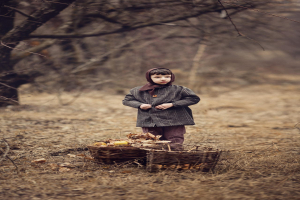 Washington: The United States today accused Russia of lying and deflecting attention from its own responsibility for worsening global food insecurity by blaming sanctions, “the West,” and Ukraine.

The US State Department today claimed that the devastating effects of Russia’s aggression disrupted Ukraine’s economy, which in turn exacerbated global food insecurity. It noted that Ukraine had long been the “breadbasket of Europe,” feeding millions of people across the globe. It is a top grain supplier to dozens of African and Middle Eastern countries. “Now, after Russia’s February 24 all-out invasion, Ukraine has turned “from a breadbasket to a breadline, ” while the Russian government uses disinformation to mislead the world about the cause of this crisis,” it stated.

According to Washington, the prevailing food insecurity was not caused, as the Kremlin claims, by sanctions that the United States and many other countries have imposed in response to Russia’s horrific aggression against Ukraine. “Food insecurity was rising before the invasion, and Putin’s war exacerbated that trend,” Washington stated. It mentioned that Russia mined  Ukrainian grain fields, attacked merchant shipping on the Black Sea, and blocked Ukrainians from exporting their own grain. “Russia is also plundering Ukrainian grain for its own profit, pilfering grain from Ukrainian warehouses according to credible reports. All these actions have worsened food insecurity around the world,” it stated.

The US claimed that its sanctions on Russia were specifically written to prevent food insecurity – “they include carveouts for agricultural commodities and permit transactions for the export and re-export of food to and from Russia, even with a sanctioned individual or entity”. Moreover, Washington referred to its pledge to provide $2.6 billion this year in humanitarian food assistance to help alleviate world hunger, with an added $5 billion to be added over the next five years.

“In fact, the Kremlin and its proxies’ massive disinformation campaign is heavily targeting the crisis’s most heavily impacted regions – the Middle East and Africa. These false narratives are amplified by Kremlin-controlled state outlets such as RT Arabic and RT en Francais, as well as the People’s Republic of China (PRC) state media,” the US State Deparment claimed.

The Russian government’s attempts to deflect responsibility for its actions by blaming others for the worsening crisis in the global food system are reprehensible, the US stated. It pointed out that this crisis was keenly felt in many Middle Eastern and African countries that import at least half of their wheat from Ukraine. Washington also cited a World Food Programme report that mentioned that millions of people are at risk of famine and malnutrition in these regions.

“Russia is solely responsible for this food crisis … despite the Kremlin’s campaign of lies and disinformation,” the US quoted European Council president Charles Michel as Russia’s UN Ambassador Nebenzya stormed out of a June 6, 2022, UN Security Council meeting.

“The Russian government continues spreading disinformation about its unjustified war’s disastrous consequences, including global food insecurity. The Russian government should stop weaponizing food and allow Ukraine to safely ship out its grain so that millions of hungry people in the Middle East and Africa can be fed,” the US statement said.