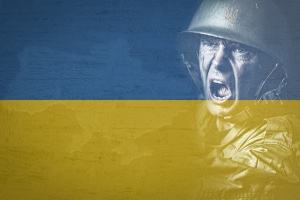 Lavrov today met with the Moscow-accredited ambassadors from the BRICS countries at a working breakfast.

The Russian Foreign Ministry stated that the participants reviewed current international issues with an emphasis on the situation in Ukraine and around it. Lavrov presented a thorough analysis of the reasons for the Ukraine conflict and gave detailed explanations on the issues linked with ensuring the security of civilians, including foreigners, organising humanitarian corridors and granting aid to refugees and other people who need it.

Meanwhile, Turkish authorities today warned about the possible drifting of mines in the Black Sea left by Russian forces that blockaded the ports of Odesa, Ochakove, Chornmorsk and Yuzhne port towns.

The Azov Battallion of the Ukrainian Armed Forces claimed that the Russian aviation dropped 2 heavy “super bombs” on Mariupol, “making it clear that the goal is complete destruction of the city and mass deaths among its population”.

The Commissioner for Human Rights of the Ukrainian Parliament today accused Russia of using phosphorus munitions which are banned by international conventions, in Kramatorsk yesterday. The Commissioner stated the damage from these can cause particularly severe and painful injuries, chemical burns, bone and bone marrow damage, provoke slow and painful death.

The Commissioner further claimed that the city of Chernihiv was on the verge of collapse. “Half the population has left, the remaining 130 thousand are predominantly sick, elderly or unable to fully care for themselves. The suburbs have been fully destroyed by Russian shelling, the city has no electricity or water. Repairs and logistics are nearly impossible due to Russian artillery strikes,” the Commissioner said.

The United States Defense Department claimed that the Russian armed forces had launched over 1,100 missiles aimed at Ukraine since the start of the armed aggression.

National Police of Ukraine further added that Russia today used rocket artillery Tornado-S in its strike on Avdiyivka (Donetsk region), which damaged at least 15 buildings were damaged. “There are civilian casualties,” it said.

The Lozova City Council reported injury to 8 civilians as a result of the shelling of Lozova town in Kharkiv region that also destroyed about 20 private houses. The Head of Kharkiv Regional Administration said there were 84 artillery strikes in the past 24 hours in the Kharkiv region.

The United Nations secretariat expressed its concerns over the impact of reported fighting on civilians trapped in cities in eastern, north-eastern and southern Ukraine, including in Chernihiv, Sumy, Kharkiv, Izyum, Donetsk, Mykolaiv and Mariupol.  It pointed out that since February 24, 2022, more than 10 million people had now been forced from their homes in search of safety and security — nearly a quarter of the population of Ukraine.  This included an estimated 6.5 million men, women and children who were internally displaced according to the International Organization for Migration (IOM), and nearly 3.5 million people who had crossed international borders out of Ukraine as refugees according to the Office of the United Nations High Commissioner for Refugees (UNHCR).

Ministry of Foreign Affairs of Ukraine claimed that there was a critical shortage of food and medicine in Kherson due to the blockade. “Newborns who lack baby food and hygiene products, as well as seriously ill people, are at special risk. There are also around 100 foreign students in the city,” it stated.

Ukraine’s state emergency service said Luhansk region was still under active artillery fire from the Russian army. Russian forces fired on a children’s hospital in Severodonetsk. Rubizhne, Lysychansk, Popasna, Novodruzhesk, and Toshkivka towns were also under constant fire. More than 20 fires were put out in the last 24 hours, it stated.