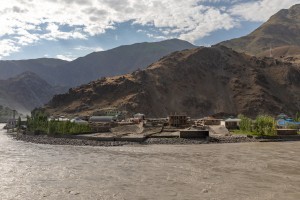 Moscow/Dushanbe/Kabul: Russia said it was observing with concern the growing tension in Tajik-Afghan ties amid the tough rhetoric of the two countries’ leaders.

As it is there have been reports of both sides pulling armed forces towards the common border. According to the information from the Taliban, in Afghanistan’s border province of Takhar alone there are tens of thousands of special forces fighters.

Russia on September 30, 2021, called on Dushanbe and Kabul to search for mutually acceptable options to resolve the situation. It further noted the socioeconomic challenges that Afghanistan was facing. There has been a decrease in cash turnover has been noted, and the country’s banking sector has been paralysed. An overwhelming majority of public sector employees, including the Taliban military personnel, do not receive their salaries. The deplorable state of the national economy has resulted in a sharp rise in prices, while industrial production has declined.

In these conditions, Moscow wasi it has taken note of the decision by the US Treasury Department to allow state institutions, international and nongovernmental organisations to provide humanitarian aid to Afghanistan.

“We view this as a positive signal, especially since the United States bears the bulk of the responsibility for the developments taking place in Afghanistan today. A positive response from the Taliban has already followed,” Russia’s Deputy Director of the Information and Press Department, Alexey Zaytsev, said.

“We also note another statement made by Taliban official spokesman Zabihullah Mujahid about the intention to stop drug trafficking from Afghanistan,”he said, adding that Russia hoped the Kabul leadership would take active efforts to counter the Afghan drug threat.