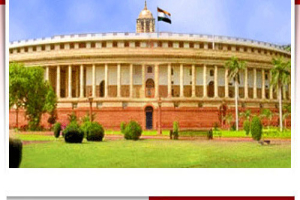 Mumbai: The Rajya Sabha polls in Maharashtra witnessed a setback for the ruling alliance in the state comprising Congress, Nationalist Congress Party and Shiv Sena, with the Bharatiya Janata Party managing to garner three of the six seats that were contested. The alliance spokesperson was vociferous about the eight-hour delay in counting of votes casting a shadow on the norms of fair play.

Union minister Piyush Goyal, one-time minister of state, Anil Bonde and Dhananjay Mahadik comprised the list of winning candidates for the BJP. The Sena spokesman and Saamna editor Sanjay Raut, former aviation minister Praful Patel from the NCP along with the Congress candidate Imran Pratapgarhi won the contest from the ruling alliance’s front.

The keen tussle was between BJP’s Dhananjay Mahadik and Sena’s Sanjay Pawar, both of whom hail from the Kolhapur district in the Western Maharashtra stretch. With fortunes fluctuating frequently, both sides, the BJP and members of the ruling alliance in the state repeatedly approached the Election Commission alleging foul play.

The eight-hour delay resulted from the spree of complaints on cross-voting by both sides in the poll fray that needed to be resolved. Sorting out the complaints, the EC’s poll panel sought the rejection of  Shiv Sena legislator Suhas Kande’s vote. Party insiders from the Congress blamed the defeat on improper coordination between the alliance partners, seeking time to reflect on the reasons for the setback.  Sanjay Raut levelled the allegation that the EC was biased towards the BJP by not heeding their complaint over two votes that polled in the latter’s favour.

Winning candidate Praful Patel expressed his gratitude to NCP supremo Sharad Pawar for the support and pledged to take up parliamentary issues for the state of Maharashtra in his fresh tenure. The leader of opposition in the state, BJP’s Devendra Fadnavis sounded a jubilant note on his Party’s victory in the Rajya Sabha elections.