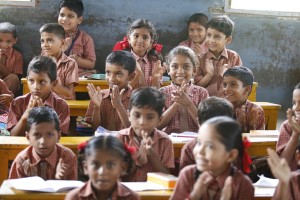 Patna: This is the story of ‘Motivation Guru’ Braj Kishor Gupta. Born and brought up at Tarapur, Munger District of Bihar, he had very humble background, showing no academic brilliance as a student. The way he could transform himself from a rustic young lad, to someone who today is in demand globally as a leading social scientist, is truly an inspiring story. His passion for bringing global change has made him one of the most sough-after motivational speakers in India today.

What makes his success story worth reporting is his being very down to earth. While speaking to globalbihari.com over the phone, he was humble enough to say that he had a long way to go before he could be projected as a role model for the youth of Bihar. This humility is despite winning many laurels and Appreciations from celebrities like Dr. A P J Abdul Kalam,  Narayana Murthy, and Astronaut Rakesh Sharma. His popular You Tube video –SALAM TO KALAM highlights the profundity of his thoughts and depth of knowledge.

Gupta was born on the piece of Government land (Tarapur Haat), where his poor but value driven parents lived and earned the livelihood by crushing mustard seeds and selling oil in the bazar as they had no land or any other source of family income. There was not much of education in the family and yet his father late Deo Narayan Sah gave utmost importance to the education of his children. Despite all hardships, as a result, he went to obtain a Master Degree in English Literature from TNB College under Bhagalpur University (now Tilka Manjhi Bhagalpur University), Bhagalpur and subsequently got a decent job in Indian Air Force as an Education Instructor.

Today, Braj Kishor Gupta has emerged as a role model in society and commands tons of respect for his achievements and acceptance across the globe. He is a much sought after keynote speaker, a thought leader, educator and a motivator par excellence!

He says with all humility that every person has huge potential that needs to be tapped for making a better society and a better world.  “I have not had a very strong academic background but I never allowed it to become a stumbling block in my chosen path,” he stated, while expressing strong desire to contribute towards making Bihar an educational hub like Bengaluru.

“I consider that I have a bigger responsibility to keep the people’s mood upbeat when the Covid pandemic has made everything so uncertain,” he said, quoting from his recently published book- The COVID 19 PAUSE-Uncommon Tales of Common Folks.

Gupta is a catalyst for global impact in Education. Thanks to his innovative ideas and passion for uplifting lives, he has been in demand for his scintillating keynote address on various global fora. He left his international audience spellbound on many occasions, including guest lecture at NHTV, Breda, the Netherlands, International Conference on Management & Information Technology at Kuala Lumpur, Malaysia, Siam Technology College, Bangkok, Thailand, University of Peradeniya, Sri Lanka, the Institute of Certified Management Accountants of Sri Lanka (CMA) and India- Africa Summit , Educational Conclave at Curtin University, Dubai, UAE and Indo-Bhutan Educational Conclave at Thimpu, to name just a few.

He stands out by virtue of his craving for learning and empowering society. In pursuit of his goal, he keeps travelling from one place to another both in the country and overseas. But he experiences his aha moments, as and when invited for his deliberations in his home state Bihar.

Gupta is the chief mentor at GiantStep – a Firm based in the Garden city of India, which, quite expectedly, has the motto of ‘creating leaders out of common folks’. He is pretty popular for his life transforming workshops like Mistakes to Miracle and  Crisis to Conquest. He has to date  guided and mentored students and teachers in more than 200 educational institutions and the corporate houses across the length and breadth of the country. Among his clients also include the elite organizations like Indian Institute of Science, Bengaluru (IISC), Indian Institutes of Management (IIMs), Defence Research Development Organization (DRDO), BrahMos, Hyderabad, HAL, Kirlosker, Aditya Birla Group, Border Security Forces (BSF) Simurtala Awasiya Vidyalya (SAV, Bihar) and many more.

“All natives of Bihar, who have excelled in their respective fields but residing in different parts of the country, should come together for the uplift of the state,” he said, while emphasizing that the need for giving back to society. Sharing of ideas and experiences is of paramount importance, he noted and added that efforts must be made by the State Government for inviting such people towards community empowerment.