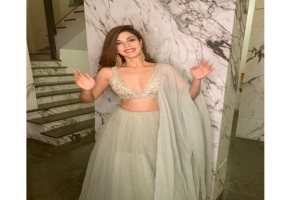 Mumbai: Currently Rhea Chakraborty is housed in the Byculla jail located in south central Mumbai following the trial court’s rejection of her bail plea after hearing the arguments from Narcotics Control Bureau (NCB) on drug related charges. The jail premises is the closest under the NCB office jurisdiction located in Ballard Estate.

NCB sought custody on the ground that Rhea’s confession was voluntary and will stand scrutiny in any court of law. The statement was somewhat reminiscent of how the now defunct draconian TADA laws permitted confessions in police custody as legally valid evidence.

Stressing on the drug link the NCB informed the court that actress Rhea had financed the purchase of narcotic drugs for supplying to Sushant and this was not the case of an addict buying for personal use. The nodal agency further contended that this attracted penal action under Section 27A of the Narcotic Drugs and Psychotropic Substances (NDPS) Act. “The clause has no provision for release on bail.”

The NCB also expressed apprehension that the actor yields power and position besides belonging to affluent circles and might use the same to tamper with evidence or alternately intimidate or win over witnesses.

It may be recalled that earlier this week, on Tuesday, post her being arrested the NCB had sung a different tune in front of the court stating it was satisfied with Rhea’s responses to their questioning and did not desire any further custodial confinement. Then came the U-Turn on Thursday when the NCB strongly pressed in favour of holding Rhea under judicial custody and sought that her bail plea should be denied.

The NCB’s stand on not wanting to retain her under custody was attributed to their fear that confession under custody might weaken the evidence. The agency maintained in court that Rhea’s confession was voluntary and did not happen when she was in custody.

The crux of the NCB’s argument in court was Rhea was fully aware that her boyfriend Sushant Singh Rajput was using narcotic drugs. “She is complicit to the extent that she was the one procuring these drugs for Sushant’s consumption.” They further stated, “The actress had used her credit card and payment gateways to carry out transactions that enabled the procurement of drugs.

The counsel for defence argued in court that the eight-hour long questioning on three consecutive days should be deemed as custodial interrogation.