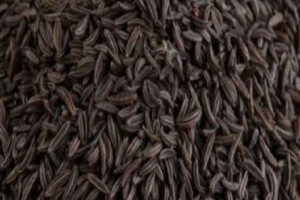 Gurez Valley: What stands out in Gurez Valley, one of the most beautiful places in Jammu and Kashmir, is the black cumin although even the potatoes here are blessed with unbelievable taste and flavour! Some say that the black cumin of Gurez, growing mostly in wild, is the most fragrant cumin in the world.

As the name suggests, the black cumin of Gurez is dark in colour compared to cumin seeds and has an astringent and very bitter taste. These aromatic seeds obtained from the plant Carum Bulbocastanum, are rich in essential oil and consumed like a condiment and medicine. They are widely used as a spice, mainly for flavouring dishes.

Located on the border of Pakistan-controlled Gilgit Baltistan areas, the beautiful Gurez valley in north Kashmir’s Bandipora district not just has the potential to become the hub of border tourism in Jammu and Kashmir, but the unique herbs, that the area is bestowed with, have already elevated its position further up, particularly as an important black cumin-growing region. Gurez black cumin is known for its aroma and herbal values throughout the world!

Gurez’s most beautiful and eye-catching peak is Habba Khatoon around which quaint legends abound. This pyramid-shaped beautiful peak has been named after famous Kashmiri poetess Habba Khatoon. She was a beautiful and intelligent damsel from the saffron-growing village of Pampore. Zoon (which means Moon in English) was Habba Khatoon’s earlier name.

This beautiful peak is also considered by the scientists and local voices as the hub of black cumin, which mostly grows in the wild on the mountain peaks of Gurez, especially on the beautiful  Habba Khatoon peaks of the Gurez.

But the early and untimely harvesting of black cumin in the forests and mountain peaks has threatened its very existence in Gurez. The reason is not difficult to guess. The cost it fetches is impressive, going as high as Rs 9000 per kilogram in the local market itself.

But what is required is strict vigilance. The pulse on the ground is known that selfish contractors hire labourers to extract the Kala Jeera of Gurez and more often in a premature way thus threatening the very existence of black cumin for their greed and lust. With time the action is also visible against such elements.

A group of Shere Kashmir University of Agricultural Sciences and Technology (SKUAST) scientists at an agricultural farm in the Izmarg area located close to the border with Pakistan administered Gilgit, told Global Bihari that the greatest threat to black cumin remains its premature harvesting. ” The natural shedding is not allowed to happen which is a threat to the very existence of black cumin,” they said.

Black cumin has multi-dimensional values.  Medicinal use of black cumin seeds in various traditional herbal systems is known for a wide range of ailments which include different airway disorders, pain such as chronic headache and back pain, diabetes, paralysis, infection, inflammation, hypertension, and digestive tract-related problems.

Economic experts are of the firm opinion that during pandemic times, especially during the harsh waves of Covid 19, products like cumin and its diverse forms held their fort strong and did good business. And it is in this context that the early harvesting of the black cumin of Gurez needs attention.

The SKUAST scientists are now collecting black cumin corms from all traditional villages of Gurez and evaluating them in Germplasm bank and doing molecular studies. They are doing its DNA and nutritional analysis at Wadoora, a village in Sopore in the Zaingeer Block in Baramulla District of Jammu & Kashmir, to get promising black cumin varieties.

SKUAST scientists are also trying to grow the black cumin in wild on traditional agricultural farms in the Gurez area. Besides, some farmers have been doing intercropping of black cumin and saffron on a demonstration basis at 20 different places in South Kashmir’s Pulwama district including Ladhoo, Dusso and Shaar Shali.

What is good news is that the villagers are happy with the flowering of the same variety. “We are also holding awareness campaigns with the administration to save the black cumin, and the masses are given the necessary knowledge about it. The awareness campaigns are bearing their fruits,” the SKUAST scientists said. They are starting to take shape as the first crop under demonstration is showing promising growth.

It was in the year 1895 when British author Sir Walter Lawrence called the Gurez Valley “one of the most beautiful scenes in all of Kashmir,” where the tourmaline waters of the Kishenganga River are framed by “mountain scraps of indescribable grandeur.”

But 127 years later Gurez Valley and its precious products like black cumin are still awaiting promotion on the world stage. Hopefully, with the awareness campaign, research, and much-improved marketing techniques, the world-famous Black Cumin of Gurez will overcome the threats of its extinction and will not just survive but flourish.