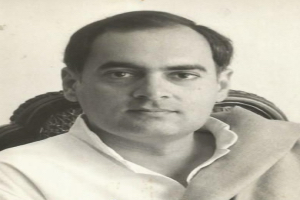 The release of seven prisoners, convicted in the Rajiv Gandhi assassination case has sparked off a major controversy with many questioning the decision of the Supreme Court while arguing that it is setting a dangerous precedent. The Congress party took serious exception to the apex court decision and condemned it. Many criticised the judicial decision and expressed concern over the premature release of the seven convicts from Tamil Nadu prisons. Even veteran Bharatiya Janata Party leader and former Vice President Muppavarapu Venkaiah Naidu questioned the Supreme Court’s decision in releasing the convicts.

Released prisoners were part of the conspiracy that led to the killing of the former prime minister Rajiv Gandhi in Sriperumbudur on May 21, 1991. Some of them had been in prison for about three decades. Three of the seven had earlier had their death sentence commuted to life, only because their mercy petitions before the President were in cold storage for a long. Before that, Sonia Gandhi had sought that Nalini, the lone woman among the convicts, be spared the noose since she was the mother of a girl child delivered while in prison.

It is said that the Supreme Court after having performed a dry run through the release of AG Perarivalan in May this year by using its extraordinary powers under article 142, the Apex Court cited that as precedent to order other life convicts to be freed. So, it is now for legal experts to debate this matter and for the Supreme Court to have the last word if any public petition comes up before it.

It may be recalled that the decision on the convicts was taken by the Tamil Nadu government in 2018 but somehow, they could not come out of prison. One of the lawyers who was involved in the long legal fight said that after the 2018 decision of the State government, the detention of these prisoners was illegal and against the rule of law. Priyanka Gandhi Vadra had some years ago met Nalini but she continued to be in the prison. Even as the debate over setting free the convicts wages in legal circles, there are many who believe that after 20 years in jail, no one should be allowed to be in confinement unless circumstances were such.

In the Rajiv Gandhi assassination case, the arrested persons were all part of the larger conspiracy but were not directly involved in the actual act of killing which was carried out by Dhanu, the suicide bomber who was directly supervised by Sivarasan and his associate Subha. It may be recalled that nearly three months after Rajiv’s assassination, the two of them committed suicide by consuming cyanide pills in Bangalore when their hideout was surrounded by the police. There are many questions regarding the investigation that was conducted to probe the plot.

The Kartikeyan special Team of the investigation concluded that the Liberation Tigers of Tamil Eelam (LTTE) was behind the murder. However, no senior functionary of the Sri Lanka-based LTTE in Jaffna ever claimed the responsibility for this act. Another point that was discussed frequently was why did Sivarasan and Subha not flee to Jaffna after the killing and continued to be in Tamil Nadu and Karnataka. If they were indeed LTTE, they should have sought refuge across the Park Straits. One theory is that Sivarasan was a rogue LTTE operative who was used by some other agency to carry out the assassination.

The general argument which is being made by those who favour the convicts being let off is that circumstances have changed. Presuming the plot was hatched by the LTTE to avenge the intervention of the Indian Army during Rajiv’s tenure, the dreaded organisation no longer exists and its supreme leader Prabhakaran was killed by the Sri Lankan forces. It is further argued if Gopal Godse could be set free within 16 years of his being convicted for the murder of Mahatma Gandhi, why should Rajiv’s secondary killers be in prison for such a long period?

On the other side, the major point missing, in this case, is that the Supreme Court apparently did not take cognisance that not just Rajiv Gandhi but 15 others, eight police personnel and seven civilians, were killed as collateral damage. There was no need for the Apex Court to ignore its own earlier rulings given in terror and violence-related cases. By this yardstick, there will be more petitions in Supreme Court seeking the premature release of life convicts like the dozen Al Ummah activists jailed for the Coimbatore serial blasts of 1998.