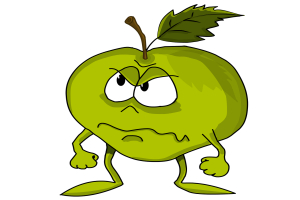 Bengaluru: A ‘position paper on knowledge of India’ in Karnataka has called Pythagoras theorem, an apple falling on Newton’s head and many other scientific issues as “fake news”.

The position paper in primary and secondary education proposes that students should not merely accept the contents of textbooks as “infallible truth” and question how “fake news” is “created and propagated” by the west.

A paper prepared by a team has also recommended that children be taught Sanskrit as the third language, and mooted the introduction of Manusmriti and ancient numeral systems, such as Bhutasankhya and Katapayadi-Sankhya paddhati, in its syllabus under the National Education Policy (NEP), according to media reports.

“Many of the Smṛiti literature of this civilisational nation have been relegated to obscurity or being proscribed due to incomplete and poor understanding of their ethos and content. For instance, even though Manusmṛiti contains lofty ideals of public and societal good, it has become controversial to the extent that its very name solicits unwarranted bemoan from a section of our society. It will be a matter of surprise to learn that injunctions to the effect of prohibiting the spilling of pollutants, leftovers, blood or poison in water; spitting in water; urinating on the streets or in the barns; defecating/urinating in fields, canals, mountains, fireplaces, dilapidated Devālayas; littering river banks are mentioned in Manusmṛiti,” according to the paper submitted to the Department of State Educational Research and Training (DSERT) in January this year.

The paper further says:  “Encouraging an attitude of questioning and not merely accepting whatever the textbooks (or print/electronic/social media) say as infallible truth, with a clear foundation of how knowledge generation takes place and how fake news such as Pythagoras theorem, an apple falling on Newton’s head etc. are created and propagated.”

“It is also recommended that some of the examples given in the textbooks on Bhāratīya geometry can be done outside the classroom, probably in the playground. Sections on Greek mathematics need to be trimmed down, especially the depictions of the faces of “Greek mathematicians” such as Pythagoras, Heron etc,” according to the position paper.

The controversial paper comes at a time when the primary and secondary education in Karnataka came under fire over the syllabus row under the Rohit Chakrathirtha-led textbook revision committee that dropped references to prominent historical personalities and included controversial figures in what was touted as an attempt to “saffronise” school education by the Bharatiya Janata Party government in the state.

Following protests, the Basavaraj Bommai-led government was forced to make around eight changes even though the demand is that the entire textbook be withdrawn.

There is no controversy. “This is just in the primary stages of preparations. Like in the National Education Policy, all states can make proposals on subjects it deems as important and send it to the national council which will have the final say,” said a person associated with the developments.