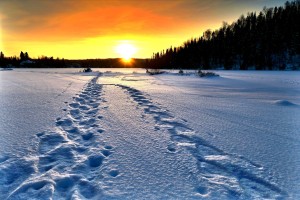 33.8% of ‘Key Biodiversity Areas’ lack any coverage by protected areas

Nairobi: The COVID-19 pandemic has shone a spotlight on the threat posed by biodiversity loss not just to ecosystem health, but also to the health of humans. This has generated new momentum to realise the benefits of protected and conserved areas to their full potential.

The Protected Planet Report 2020 of UNEP and IUCN [United Nations Environment Programme/International Union for Conservation of Nature], which was launched today, highlighted that efforts were needed to ensure that all areas of importance for biodiversity and ecosystem services were conserved. “To date, 33.8% of Key Biodiversity Areas lack any coverage by protected areas or OECMs [ ‘other effective area-based conservation measures’] in the terrestrial and inland water realms, and 33.9% in the marine realm.

While noting that the pace of biodiversity loss continues largely unabated, the report stated:  “As we enter the new decade, it is clear that biodiversity loss needs to be addressed not only for the sake of species and ecosystems, but also to ensure the survival of human societies.”

According to the report, data remained poor on the effectiveness of governance and management in protected areas and OECMs, which included data on whether they were equitably governed; a factor of particular importance for people living in and around protected and conserved areas, including women and other marginalised groups.

“Management effectiveness assessments have been conducted across only 18.29% of the area covered by protected areas, and it is likely that many do not meet the standards for full effectiveness. Greater application of the global standard for effectiveness, the IUCN Green List of Protected and Conserved Areas, will help to address these weaknesses,” the report said.

It may be mentioned that when the Parties to the Convention on Biological Diversity adopted Target 11 in 2010, they acknowledged that effective and equitable systems of protected areas are an essential tool to address the biodiversity crisis. They also made the important decision to recognise ‘other effective area-based conservation measures’ (OECMs) for the first time.

The Aichi Target 11 stated:  “By 2020, at least 17 per cent of terrestrial and inland water, and 10 per cent of coastal and marine areas, especially areas of particular importance for biodiversity and ecosystem services, are conserved through effectively and equitably managed, ecologically representative and well connected systems of protected areas and other effective area-based conservation measures, and integrated into the wider landscapes and seascapes.”

Following are the findings of report which was released today:

On protected and conserved area coverage:

16.64%: terrestrial surface of the planet (22.5 million km2, rising from 20.2 million km2 in 2010) of land and inland waters within documented protected and conserved areas.

Coverage by protected areas alone is 15.66%.

• 17% or more: Portion of land and inland waters within protected and conserved areas worldwide if all data were available, including places managed by indigenous peoples, local communities and private entities.

7.74%: Overall reported marine coverage worldwide (28.1 million km2, rising from just 9 million km2 in 2010), short of the 10% coverage target set in 2010 for achievement by 2020 (though data is unavailable for all protected and conserved areas. Also, an area of 8.8 million km2 is committed or otherwise planned for protection at the start of 2021, which will increase the coverage once designated.)

1.18%: Portion of marine areas outside national boundaries that is protected.

The previous (2018) Protected Planet Report concluded that more needed to be done to meet the quality elements of Aichi Target 11. The new report shows great progress on quantity, but that the quality of the protected and conserved area network requires renewed focus.

On protecting areas important for biodiversity:

On protecting the full range of the world’s ecosystems:

10.8%: Broad ecological regions of the open ocean lying mostly beyond national jurisdiction that meet the 10% coverage target for protection.

Success Story: Systematic Conservation Planning has informed the declaration of Tun Mustapha Park in Malaysia and the zoning of the Great Barrier Reef Marine Park in Australia.

On ensuring protected and conserved areas are geographically connected:

Protected and conserved areas that are connected to each other on the ground and in the water enable animals and other species to travel, increasing resilience to climate change and protecting the ecological processes essential to all life on Earth.
7.84%: portion of the world’s terrestrial surface that is both protected and connected, increased since 2018 but short of the almost 17% of land which is now under protection. Ways to assess marine connectivity are still being developed.

18.29%: the portion of the area covered by protected areas where management effectiveness assessments have been conducted (and many likely do not meet standards for full effectiveness).

On protected and conserved area equity:

The conservation efforts of indigenous peoples, local communities and private individuals and organisations are undervalued and under-reported, despite the extensive contributions of these groups.

25-33%: existing estimates of portion of the world’s land owned or governed by indigenous peoples and local communities, with the majority in good ecological condition.

There needs to be greater recognition of their conservation role of these areas, with improved reporting of protected and conserved areas with their custodians’ consent.

It is challenging to monitor the equitable governance of protected and conserved areas. Indicators and reporting need to improve over the next decade, to ensure that local people share fairly in the benefits from protected and conserved areas and are not disproportionately affected by any negative impacts. This includes enabling the equitable participation of women and other marginalised groups in decision making.

Success story: In the Matengo territory, Tanzania, an area of mountain ridge ntambo, steep slopes and open forest, the Sengu governing authority oversees a traditional cultivation technique, ngolo. This controls soil erosion, restores soil fertility and conserves the forest while allowing for livelihood improvement through the cultivation of coffee.

Looking ahead to the new set of global nature targets due to be agreed under the post-2020 global biodiversity framework later this year, the Protected Planet Report highlights key opportunities based on lessons from the last 10 years:

Protected and conserved areas have the potential to provide havens for biodiversity and to deliver multiple benefits for people, including as a key tool to sustain actions under the UN Decade on Ecosystem Restoration. The report notes that to succeed in tackling the global nature crisis, an effective and equitable protected and conserved area network must be complemented by broader actions to address the drivers of biodiversity loss, including climate change, wildlife and timber trafficking, and corruption.