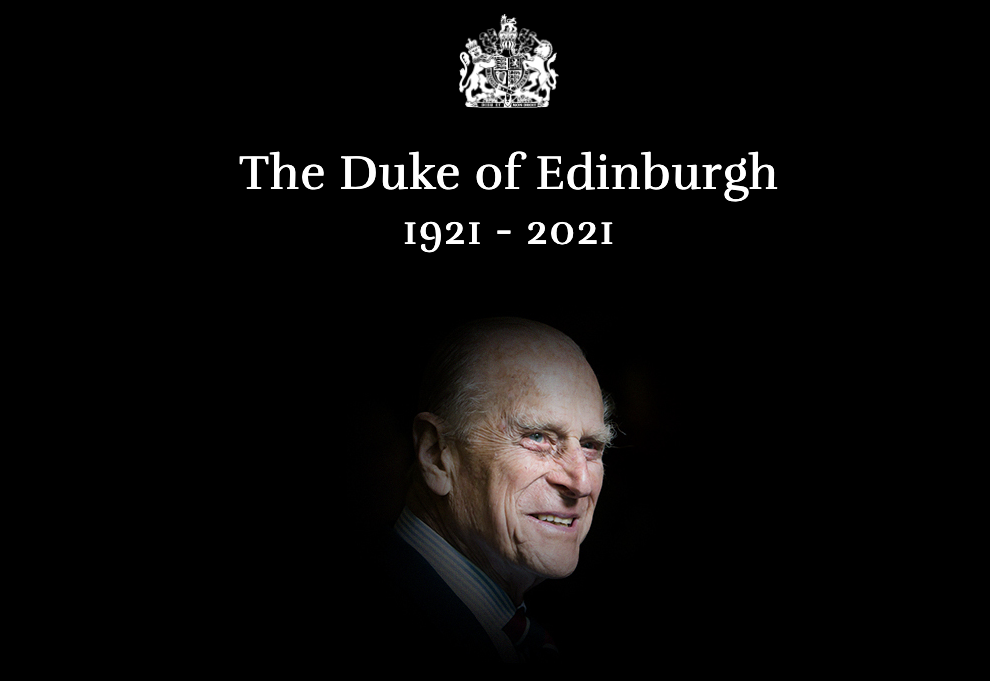 London: Britain’s Queen Elizabeth II’s husband and Duke of Edinburgh, Prince Philip, died at Windsor Castle, at the age of 99 – just two months before his 100th birthday, today morning, the Buckingham Palace announced today. Philip, a decorated war hero, was the Queen’s husband of 73 years. He had recently spent time in hospital with an infection.

“It is with deep sorrow that Her Majesty The Queen announces the death of her beloved husband, His Royal Highness The Prince Philip, Duke of Edinburgh.His Royal Highness passed away peacefully this morning at Windsor Castle.Further announcements will be made in due course.The Royal Family join with people around the world in mourning his loss,” the Buckingham Palace statement said.

An announcement of his death was also attached to the fence of Buckingham Palace, the Monarch’s London residence and administrative headquarters. Flag could be seen lowered to half mast at the Palace and flags at the Downing Street was also lowered at half-staff, as Britain mourned Philip’s death.

Born in the the Greek island of Corfu into the Greek and Danish royal families, Greece and Denmark, on June 10, 1921, but his family was exiled from the country when he was an infant. He was the only son and fifth and final child of Prince Andrew of Greece and Denmark and Princess Alice of Battenberg. A member of the House of Glücksburg, the ruling house of Denmark and members of which have reigned at various times in Denmark, Norway, Greece and several northern German states, he was a prince of both Greece and Denmark because of his patrilineal descent from George I of Greece and Christian IX of Denmark, and he was from birth in the line of succession to both thrones.

Philip was educated in France, Germany, and the United Kingdom, and had joined the British Royal Navy in 1939, aged 18. He started courting Elizabeth when she was just 13 year old. They had first met in 1934. After the end of the second world war where he served the Royal Navy with distinction in the Mediterranean and Pacific Fleets, Elizabeth’s father King George VI allowed him to marry his daughter. They got married on November20, 1947, but before that he became a naturalised British citizen and abandoned his Greek and Danish titles. He also adopted his maternal grandparents’ surname Mountbatten.

Philip was the longest-serving, and even regarded as the greatest, consort of a reigning British monarch. It was only on August 2, 2017, that he had taken retirement from his royal duties. He was a patron, president, or member of over 780 organisations, and had served as chairman of The Duke of Edinburgh’s Award, a self-improvement program for young people aged 14 to 24.

In his condolence message, Indian Prime Minister, Narendra Modi said, “My thoughts are with the British people and the Royal Family on the passing away of HRH The Prince Philip, Duke of Edinburgh. He had a distinguished career in the military and was at the forefront of many community service initiatives. May his soul rest in peace.”