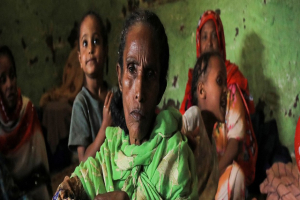 Geneva/Washington/New York: The United Nations Human Rights Office said today that it has spoken to witnesses who report that at around 9 am local time on June 18, 2022, a group of armed individuals descended on the village of Tole, with a predominantly Amhara population, and reportedly began shooting randomly, leaving hundreds dead – most of them women and children – and forcing at least 2,000 others to flee from their homes. The armed individuals also reportedly burned down several houses during the four-hour assault.

“I am horrified by the senseless killing as well as the forced displacement of the local population in the attack on Tole village,” UN High Commissioner for Human Rights Michelle Bachelet said in Geneva today.

Bachelet today urged Ethiopian authorities to hold prompt, impartial and thorough investigations into attacks that led to the killing of hundreds of people in the West Wollega zone, western Ethiopia, last weekend. “I call on the Ethiopian authorities to ensure that investigations are promptly launched into the attack and to ensure that victims and their families have a right to truth, justice and reparations, including by holding those responsible to account,” she said.

An unspecified number of people are reported to have been abducted during the attack and their whereabouts remain unknown. “I call on the authorities to take all necessary and lawful measures to ensure those abducted regain their freedom,” the High Commissioner said.

There has been an eruption of increasing tensions and violence in various regions of Ethiopia in recent weeks, prompting the world leaders to urge the government to ensure and protect the right to life.

On June 21, 2022, the United States had expressed its grave concern over the reported killings of civilians in the Amhara community of the Oromia Region of Ethiopia last weekend. “We mourn for the victims and extend our sincerest condolences to survivors and all those who lost loved ones in this horrific act. We also call on all Ethiopians to reject violence, and instead, pursue peaceful dialogue to resolve differences,” a US State Department spokesperson had said in Washington.

“National reconciliation must involve comprehensive, inclusive justice for victims and accountability for those responsible for human rights abuses and violations. Continued reports such as these underscore the urgency of ending the ongoing armed conflict in Ethiopia,” the spokesperson stated.

Earlier at the United Nations headquarters in New York, the UN Secretariat was flooded with questions about the report of recent killings in Ethiopia. “I can say that the Secretary-General condemns the reported killing of scores of civilians in Oromia this weekend.  He reiterates his call for all hostilities to stop and for all actors to ensure the protection of civilians.  Mr. [António] Guterres urges the Ethiopian Government to take urgent steps towards a peaceful resolution of the conflict in Oromia,” an official spokesperson said.