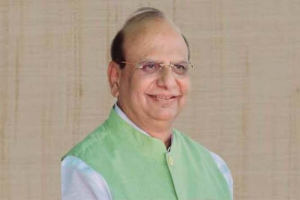 New Delhi: The President of India today accepted the resignation of Anil Baijal as Lieutenant Governor of the National Capital Territory of Delhi, and appointed Vinai Kumar Saxena as the 22nd Lt. Governor with effect from the date he assumes charge of his office.

Saxena is the Chairman of the Khadi & Village Industries Commission (KVIC) of the Government of India. He steps in after the 76-year-old Baijal resigned last week as Delhi L-G. He had been in the office since 2016. His tenure was marked by regular run-ins with the AAP-led Delhi government.

Saxena, 64, is an alumnus of Kanpur University with a pilot licence. He started his career as an Assistant Officer in Rajasthan with JK Group. After working 11 years in different capacities with its White Cement plant, he was elevated in 1995 as General Manager to look after the proposed Port Project in Gujarat. He then rose to become the CEO and was later elevated as Director of the Dholer Port Project.

According to the KVIC website, in 2000, Saena’s brainchild National Council for Civil Liberties (NCCL), an NGO formed by him in 1991, established a formidable opposition to Medha Patkar of Narmada Bachao Andolan (NBA) who was opposing the construction of the Sardar Sarovar Project (SSP) and other upcoming hydro projects on Narmada Valley since 1991.