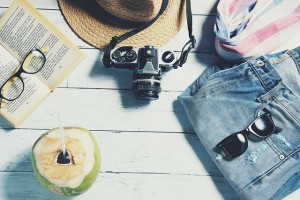 Sundays have lost their flavor post-lockdown

Sundays of late have become indistinguishable from other days of the week. While yearning for Sundays and dreading Monday morning blues were of routine occurrence in the pre-Covid era now it has turned into a never-ending nightmare which is yet to transform into the proverbial light at the end of the tunnel.

Looking back, people from different walks of life dwelling in diverse geographical realms react differently when it comes to welcoming the weekly sabbath. My friend Sonia Karandikar who used to live in North Carolina complained that all the shops, establishments, hotels and grocery stores were shut on Sunday. The only activity the locals used to go out for is attending Mass at the church. Further, she used to find it inhospitable to travel anywhere even using her car as the local police at times intercepted her and asked where she was going.

As most US offices have a five-day week, she used to do all her purchases by late Saturday evening before sitting with the family for dinner.  However, when her family migrated to Las Vegas popularly dubbed as sin city, her story changed. There was no problem on count of  shutters being closed. However, the streets were full of hookers who used to solicit themselves.

The attitude was a shade different in Gulf countries as Friday is earmarked for sabbath. They enjoy Friday evenings with light refreshments and head towards Sunday as a new working week. My friend Natrajan who was working in Muscat used to narrate his experience. Being a Tamilan, he also narrated a very interesting tidbit. In Muscat they have a local sweet dish by name Naikadi which he used to savor on weekends. However, Naikadi in Tamil means dog bite.

Getting into our home surroundings a Sunday in Mumbai is distinct from a Sunday in India’s silicon chip base Bangalore. In the Maximum city where offices are increasingly subscribing to a five-day week, Sunday afternoons are rendered as a bonus perk. In Bangalore, though most IT offices have a five-day week outing on Sundays proves to be a torture. This is so because in most instances the eating outlets are devoid of seating space and in addition are over-crowded. Whereas Mumbai though bursting at its seams has a good number of outlets for the Sunday noon revelers.

For people working in multinationals that normally subscribe to a five-day week, Friday evening is when the liquid brew starts flowing from the glasses for cheer. Saturday gets reserved for house work and is followed by a lazy Sunday brunch. However, when one wants to get the feeling of a salubrious Sunday outing, it requires an outstation post like a rain forest with the journey beginning on Friday evenings. On such occasions, Sunday evenings makes one feel a bit glum at the prospects of having to combat Monday morning blues nearing their return to home.

With the advent of Lockdown across the globe, people who were conscious of the weekend approaching have stopped bothering about holidays or when a festival is nearing on their calendar. It is going to be some time before the world is restored to normalcy and people get cracking for a Hard Day’s night.