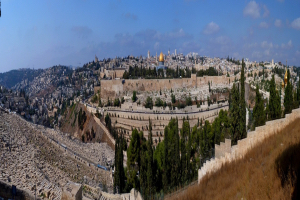 Former Israeli prime minister Benjamin Netanyahu is currently taking a hawkish view of the crisis over Jewish settlements in Palestinian territory facing military rule. Heading the far right-wing Likud Party for over decades, he has been consigned to the opposition ranks since the elections took place in Israel in November 2021. He seems to be in no mood to opt for any political retirement and is pressing for the dissolution of the Knesset in favour of a fresh round of elections.

Netanyahu’s far-right stand is likely to find popular support among the Jewish electorate despite his being faced with corruption charges. The Jewish settlers in Palestinian territory will not accede to their being placed under military rule, which is a distinct possibility if the current coalition government’s repeal of “Emergency Regulations for Judea and Samaria” gets implemented. The deadline for this decision as of now is slated to be the end of June 2022.

After more than half a century of Israel’s hegemony in the maintenance of Jewish settlements on Palestinian territory in the West Bank and Gaza strip, the new coalition government’s decision on revoking this status quo has led to a serious crisis situation that might precipitate a fresh round of polling in a short while.  The coalition government that brought together motley groups from the left and right wings, just to counter the continuance of Benjamin Netanyahu’s Likud Party in office has now triggered an imbroglio by seeking to repeal the privileges conferred on forced Jewish settlers in Palestinian territories.

The current Israeli Prime Minister Naftali Bennett’s coalition regime defeated the proposal for the continuance of Jewish settlers in Palestinian territory enjoying all privileges accorded to them within the country’s legal boundaries. The Israeli Parliament Knesset on Monday, June 6, 2022, voted against applying Israeli civilian law to Israeli settlers in the occupied West Bank. The vote failed because of dissent from leftist and Arab lawmakers in the ruling and also because of the right-wing opposition lawmakers who support Netanyahu.

The decision undermined the two-tier legal system that governs 61 per cent of the West Bank that falls under direct Israeli control.

Since 1967 when Israel gained territory by virtue of winning the six-day war, successive governments have continued to ratify what is termed “Emergency regulations for Judea and Samaria”. The regulation provides for Jewish settlers in the occupied territory to enjoy all civilian privileges, while the Palestinians were generally subject to strict military law.

The current coalition government’s decision to repeal the law after the Knesset polled 58 against 52 in favour of Palestinian settlements has engendered an existential crisis. Political observers feel that it may not be long before Netanyahu’s Likud Party pushes for a fresh round of polls as the coalition has already lost the numbers game in the Knesset owing to the resignation of two of its members.

The current situation will need an early resolution by June end, failing which, the Jewish settlers in Palestinian territories will be governed by military law. This could throw up a major turmoil and directly result in the ruling coalition forces being thrown out of office.

September 25, 2022
From piston engines to e-automobiles