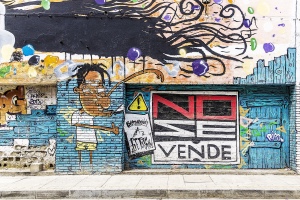 A virtual discussion on the translation of The Alphabets of Latin America, a poetry collection by poet-diplomat Abhay K. was organised today by the Indo-Hispanic Language Academy, Kolkata with Jorge Heine, former Ambassador of Chile to South Africa, India and China, and currently Professor at Boston University, Abhay K., the author of the book, Anirban Chattopadhyay and Dibyajyoti Mukhopadhyay and Prof. Gladys Enquirez from Gautemala as the panelists.

Speaking on the occasion Ambassador Heine highlighted the ecological and sensual elements of the book. He also commended the vivid depiction of Latin American city life in the poems of Abhay K.

He then read a few lines from some poems and spoke a little on Neruda and Paz and his works while he was in India and the contribution of poet-diplomats in building literary bridges between India and Latin America.

The Alphabets of Latin America, a poetry collection penned by Indian poet-diplomat Abhay K. during his stay and travels in Latin America between 2016-2019 is being translated into Spanish by Anirban Chattopadhyay, former editor of Anand Bazar Patrika and Dibyajyoti

Mukhopadhyay, Director, Indo-Hispanic Language Academy. Spanish edition of the book will be launched at the International Kolkata Book Fair 2022.

Forrest Gander, Pulitzer Prize winner for poetry, 2019 has called it “a very original and thrilling book—a book that opens the borders of time and place.”