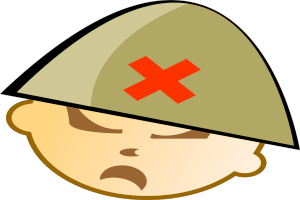 “We mean what we say…All consequences arising therefrom shall be borne by the US side and the “Taiwan independence” separatist forces”, says China

“…what needs to be done will be done and these measures will be resolute, strong and effective. They will be continuously felt by the US side and “Taiwan independence” forces,” Chinese foreign ministry spokesperson, Hua Chunying, told reporters here today. She said that resolutely safeguarding China’s sovereignty and territorial integrity is the firm will of the more than 1.4 billion Chinese people. “To achieve national reunification is the shared aspiration and sacred duty of all Chinese people. Public opinion will not be defied, and the trend of the times cannot be reversed. No country, force or individual shall misestimate the firm resolve, strong will and great capability of the Chinese Government and people to defend state sovereignty and territorial integrity and to achieve national reunification and rejuvenation,” she said.

Some of the areas are in the “internal waters” of Taiwan, where Chinese military action as per the United Nations Convention on the Law of the Sea (UNCLOS) is not allowed. However, Chunying retorted, “…for the US side, maybe it is better not to mention UNCLOS. If the US want to mention it, please join UNCLOS now first. Taiwan, being a part of China, has no right to claim internal waters”.

While Taiwan said that this endangers their national security and hinders the freedom of navigation protected under international law, Chunying told reporters in Beijing that China has never seen any problems with the freedom of navigation in relevant waters. “I think what truly needs our attention is how the US military vessels and aircraft would fly thousands of miles all the way from their homeland just to flex muscles at the doorstep of China,” she added.

Referring to China’s State Councilor and Foreign Minister Wang Yi’s statement made in Pnom Penh today that China will punish those who offend China, Chunying elaborated that China will do everything necessary to firmly uphold its sovereignty and territorial integrity. “All consequences arising therefrom shall be borne by the US side and the “Taiwan independence” separatist forces. We mean what we say. I would like to kindly ask you for some additional patience and confidence,” she said.

China stepped up its attack on the USA and described House of Representatives Speaker Nancy Pelosi’s visit as an “ugly political stunt”. It claimed that her visit to Taiwan “will not change the historical and legal facts that Taiwan belongs to China, will not stop the reunification course of China and will not change the fact that 181 countries in the world recognize and support the one-China principle”.

“I would also like to remind Pelosi that she is pitting herself against one-fifth of the world’s population and making a provocation to the more than 1.4 billion Chinese people…The nature of her visit is absolutely not about democracy, but about China’s sovereignty and territorial integrity. What she has done is definitely not about upholding or defending democracy, but a provocation and infringement on China’s sovereignty and territorial integrity,” Chunying said. She added: “Being the number three figure in the US government, while problems with US democracy are piling up, Pelosi has been using taxpayer money and flying to Taiwan on US military aircraft to put on a political stunt. What she has done violates international law and basic norms in international relations and jeopardizes other countries’ domestic affairs, sovereignty and territorial integrity. This has only served to open up people’s eyes about the hypocrisy and ugliness of the US and further bankrupt the US’s credibility as a country.” Meanwhile, the G7 Foreign Ministers of Canada, France, Germany, Italy, Japan, the United Kingdom, the United States of America, and the High Representative of the European Union, expressed their concerns over China’s announced threatening actions, “particularly live-fire exercises and economic coercion, which risk unnecessary escalation”.

In a statement issued today, the G7 ministers said there was no justification to use a visit as pretext for aggressive military activity in the Taiwan Strait. “It is normal and routine for legislators from our countries to travel internationally,” they stated and reaffirmed their shared commitment to maintaining the “rules-based international order, peace and stability” across the Taiwan Strait and beyond.

The G7 called on China not to unilaterally change the status quo by force in the region, and to resolve cross-Strait differences by peaceful means. “There is no change in the respective one China policies, where applicable, and basic positions on Taiwan of the G7 members,” the statement said.