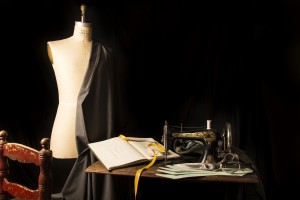 Lens with a heart Marching forward: One book at a time 35-year-old Manju was in hurry when we met her, as her shift at the school where she works as a Safai Karmachari (sweeper/cleaner) was about to start. Manju earns Rs 2,500 per month which she says is a raise from what she used to get earlier. Manju’s modest house in Ghaziabad’s Farukhnagar was much brighter than the other houses in the vicinity scattered with her 19-year-old daughter, Vidhi’s books.

Vidhi plans to complete her college education and pursue a course in fashion designing. “I want to carry forward my father’s profession,” she says confidently. Her father is a tailor, known as ‘Masterji’ by everyone. Vidhi, who came across as a bright, mature, sensible and confident girl during a chat, admitted to disliking her mother’s profession “This work is menial and insulting. It also brings in a lot of diseases. When I was young, we used to hate it when my mother and grandmother used to work with their bare hands. But now they don’t.” Vidhi says that the caste discrimination in schools exists even today. Once, her upper-caste (Jat) classmate in school had instructed others that no one should talk to Vidhi because she is a Valmiki. To this, she strongly objected and escalated the issue to the school principal who later told the boy to mind his own business. “I told the principal firmly to either rusticate him or me from the school. The principal then punished the boy and left him with a warning,” she says with smile. She and her siblings are amongst the most educated children residing in this area and they hope that they’ll be able to set an example for the rest of their community.

*Sudharak Olwe is an Indian Social Documentary Photographer. In 2016, he was conferred the Padma Shri, India’s 4th Highest Civilian Award by the President of India, in recognition of his valuable and tireless work.