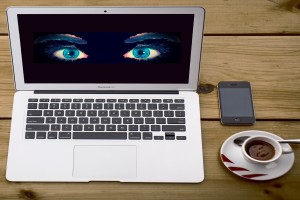 New Delhi: For the fourth day in a row, Parliament witnessed uproar and rancour over the Pegasus snoop allegations. In the Upper House as Trinamool Congress (TMC) Rajya Sabha MP, Shantanu Sen grabbed the Pegasus spyware related statement from the hands of the Information Technology Minister Ashwini Vaishnaw, tore it to shreds and threw the tattered document on the face of Deputy Chairman Harivansh Narayan Singh.

The ruckus generated forced the Marshalls to step in and bring the situation under control. There was a heated exchange going on between Sen and Union Minister Hardeep Singh Puri, when the Marshalls sought to intervene and bring things under check.

Terming it as a shameful act, the Bharatiya Janata Party  leader Meenakshi Lekhi condemned the TMC MP’s conduct. She voiced that both the opposition Parties, Congress and TMC were bent on building a wrong narrative on the Pegasus Spyware count. She cited that the parent agency Amnesty International as going on record that it has nothing to do with the list of mobile numbers released by the Pegasus Project.

She pointed out that the spyware company Pegasus had clarified that the numbers made public by media houses failed to tally with their customer base and gone on to term the reports as “uncorroborated.”  TMC MP Sen, when queried about his behaviour, fended himself stating, “I had to ward off physical attack. Fortunately some of our Party members came to my rescue”

Besides, there were a host of opposition MPs including from the Communist Party who had issued notices for conducting debate on the farmers’ issue in both Houses. The Upper House was adjourned twice amidst ruckus.

Vaishnaw dismissed allegations of unauthorised surveillance and told the Upper House that the company that made Pegasus spyware too had denied these claims. He said that the claims of surveillance was apparently an attempt to malign Indian democracy and its well-established institutions.

The NSO Group- an Israeli company, which made the Pegasus spyware,  had claimed that the reports of surveillance were based on misleading interpretation of leaked data. The leaked database of 50,000 phone numbers were published suggesting that individuals linked to those phone numbers were being spied upon with the help of Pegasus spyware. However an NSO spokesperson stated on July 21, 2021 that actually it was a  “planned and well-orchestrated media campaign lead by Forbidden Stories and pushed by special interest groups…NSO will thoroughly investigate any credible proof of misuse of its technologies, as we always had, and will shut down the system where necessary”.

The snoopgate  scandal continues to rock the world ever since the investigation published by 17 media organisations revealed that Pegasus had been used to surveil journalists, politicians and human rights activists.

German Chancellor Angela Merkel said today that it was important that  software designed for specific situations “does not fall into the wrong hands”.