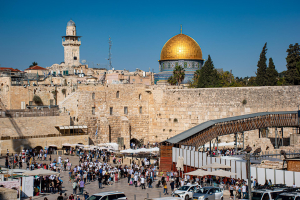 The World Around Us

In an ironic twist, the Jewish festivity that is associated with Passover that commemorates their deliverance from slavery in Egypt to liberty has caused turmoil for the current Knesset over the mandatory denial of permission to hospitals for the usage of leavened bread. To set it clear, the Jewish Passover is associated with the feast of unleavened bread which means, no yeast or leaven is permitted to the Jewish community on the occasion. The feast of unleavened bread lasts for an entire week immediately after observing the Passover.

The protesting member of the Knesset, Idit Silman from the far-right Yamina Party, insisted on the strict religious observance of the Passover as opposed to a Supreme Court verdict in 2021 that health and nourishment were of primary concern to those in hospitals and religious diktats cannot be imposed on them. Prime Minister Naftali Bennett’s coalition government was reduced to 60 legislators in the 120-member Knesset, thus effectively putting him on a sticky wicket.

The crux of the matter is that many Orthodox Jews consider the presence of any leaven on the premises as unholy and take strong objection to even a trace of leaven being present on the hospital premise. Being a far-right-winger and wishing to play to the gallery of right-wing supporters in the electorate, Silman quit the coalition government that comprises eight political parties, that had come together just to oust the previous Prime Minister Benjamin Netanyahu.

The increasingly fragile coalition which had already lost a member in early June 2022,  collapsed after Prime Minister Naftali Bennett said yesterday that his governing coalition will dissolve parliament next week. Israel is headed for another parliamentary election in October this year – the fifth election in under four years.  Early June was also witness to the Knesset voting in favour of repealing privileges that were given to Jewish settlements in Palestinian territory thereby bringing them under the aegis of military rule.

Israel’s continuing political instability over the past three years is also a cause of concern for the global community that has so far been trying to coax the warring sides, namely the Jews, Arab settlers and Palestinians into a lasting truce agreement. As of now, the proposed two-state formula looks to be more of a pipe dream, with the Jewish militia in no mood to make any concessions.

The razor-thin feature of the numbers game in the Knesset is yet to make its impact felt on the political stability as Israel’s parliament is on a spring vacation. Once back in action, the Knesset might at any time be faced with a no-confidence motion. Like King Richard III’s “A horse, a horse, my kingdom for a horse,” Israel seems to have surrendered its political stability just over “Keeping a Passover.”