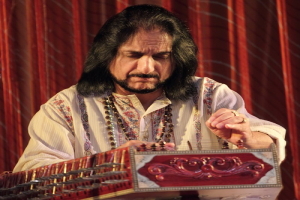 The great music legend of India, Santoor maestro and music composer Pandit Bhajan Sopori was more than an individual – a performer and composer par excellence, musicologist, teacher, writer, poet, and an extraordinary human being – he was a complete institution in himself. Regarded as the cultural bridge between Jammu & Kashmir and the rest of the country, Pandit Bhajan Sopori was hailed as the ‘Saint of the Santoor’ and the ‘King of Strings’ or his mastery over the instrument.

Pandit Sopori passed away on June 2, 2022, at a Gurugram hospital at the age of 73. On Sunday evening of June 19, 2022, a memorial prayer meet was organised at India International Centre, New Delhi to pay tributes to the departed soul, which saw people from different walks of life paying their homage to the musical great.

Born in Srinagar (Kashmir) into a family of musicians of the fabled ‘Sopori Sufiana Gharana’ of Kashmir, the exclusive traditional Santoor family of the country, the mystic master was the bearer of a rich musical legacy and was initiated into Santoor playing by his grandfather Pandit Samsar Chand Sopori and later by his father Pandit Shamboo Nath Sopori, hailed as the father of music in Jammu and Kashmir.

He was a pioneer in establishing the Santoor on national and international platforms as a complete solo instrument. The quiet and unassuming maestro came a long way since he created history by being the first person to play the Indian Classical music on the Santoor in concerts way back in the early 1950s at the age of five. In his nearly 7 decades of dedicated work, he explored various dimensions of the Santoor, carrying out many path-breaking innovations and thereby expanding the scope of the Santoor as a classical instrument and formally establishing the ‘Sopori Baaj’ in the realm of Indian Classical Music.

It is also entirely to his credit that Hindustani Classical and Light Music acquire legitimate space in J&K. Through his profound analysis, survey of the history and various musical cultures, he established the Kashmiri Santoor as the predecessor to the resembling Santoor-like instruments found in various other parts of the world. His propagation of music brought a revolution in the world of music and he has established a system for solo performance, voice culture, composition, arrangement, orchestration, conducting, designing of choral music, etc. 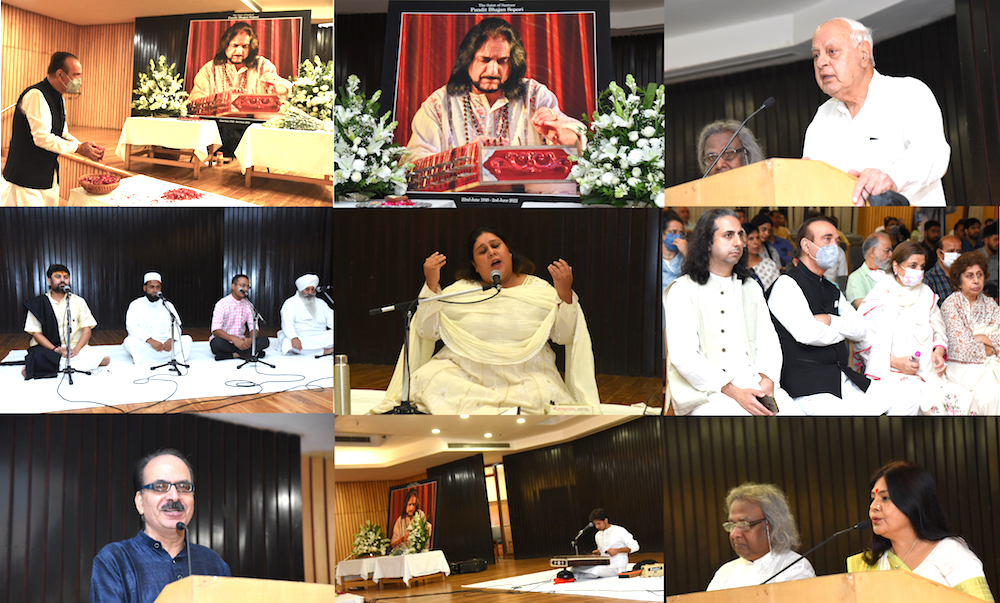 Pandit Bhajan Sopori used his Santoor and his compositions to highlight the concept of oneness and foster unity enshrining the idea of national integration, humanism and peace amongst the common man and the youth in particular. Dr Farood Abdullah recited a bhajan ‘Ram More Ram Kis Gali Gayo More Ram..’ while paying his tribute to the late music legend. He said: “I’m sad and deeply pained by Pt. Bhajan Sopori’s death, apart from being a great musician he was human par excellence who had a love for all, be it any religion, culture or individual. He was a Saint; a Sufi, a Rishi. I was shocked when I got to know of his demise and just wished god could give him some more time to spread the love for humanity, to the entire world, all of us. I pray to God to give strength to his family and Abhay to carry forward his rich legacy.”

Ghulam Nabi Azad said he was like a family. “I have known him from very early days, my wife has been a disciple of the Master musician and father of music in J&K late Pt. Shambhu Nath Sopori ji and Pt. Bhajan Sopori & my wife Shamima share a beautiful bond of brother and sister. He was beyond just a musician or human and I must say he was a living saint in a true sense with so much energy, love and care for one and all. He was someone who never believed in any one religion but in one identity of God, whoever it was. He believed in Humanism,” he said.

Pt. Bhajan Sopori has left a huge legacy behind him along with hundreds of disciples, who all see his son, Santoor Maestro and Music Composer Abhay Rustum Sopori to carry forward the work, his vision, music and legacy said guests at the prayer meet.

“Being his son and disciple, I believe his teachings and blessings will help me sail through and work on the path shown by him,” Abhay said.

He was honoured with hundreds of national and international awards, lifetime honours, titles and decorations for his enormous and unparalleled contributions to the field of music and culture, including the prestigious Padma Shri 2004, National Kalidas Samman 2020, Sangeet Natak Academy Award 1993, J&K Government Lifetime Achievement Award 2016, J&K Government Civil Award 2007, Honorary Doctorate by Utkal University of Culture, Odisha 2018 and many others.