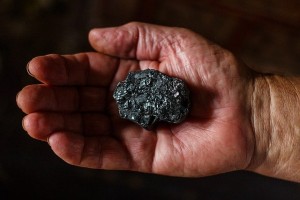 New Delhi: Relaxing the earlier condition that the bidder can use the coal only for a pre-specified captive use, the Ministry of Coal has identified 41 coal blocks (11 in MP, 9 each in Jharkhand, Chattisgarh and Odisha and 3 in Maharashtra) for auction.

In other words, the end-use of the coal has now become open-ended for the first time.

Taking a serious note of the government decision, environmental and water organisations under the umbrella of The National Water Community (NWC) — a federation of 1570 organisations with 7800 members — on Saturday had a detailed discussion on aspects of coal auction and have written to Prime Minister to address their concerns as mentioned in the following paragraphs.

These auctions are being held at a time when the nation is in the midst of a serious health crisis caused by COVID19. The bidders who are largely domestic players, some of whom are perhaps in default of bank loan repayments, may approach the Public Sector Undertaking banks, already burdened with heavy Non Performing Assets, for additional loan assistance. If the private players fail to deliver coal, as it happened in the past, the ultimate burden will fall on PSU banks.

Apparently, the Ministry’s justification for holding these auctions at this juncture is that India is presently forced to import about 200 tonnes of coal for the existing power plants. Production from new coal blocks will free India from imports. Facing a resource crunch, the government also expects private investments to fill the gap. Coal auctions are expected to yield additional revenue for the Centre and the States. More than all these reasons, the government seems to feel that the private sector enhances efficiency of coal mining, compared to the public sector.

The blocks under question are located in dense forests, rich in wildlife and biodiversity. They host the catchments of several rivers and streams that constitute the lifeline of the communities downstream. Some of these blocks overlap the tribal tracts notified under the Fifth Schedule to the Constitution that confers special rights on the tribal communities. A comprehensive appraisal of the environmental impact of mining in such blocks is yet to be made. On the other hand, the Union Environment Ministry is rushing through amendments that will dilute the environment impact appraisal procedures to the detriment of transparency and public accountability. While coal mining by private players may bring some limited revenue for the government, its long-term impact on the human, the social and the environmental fronts needs to be carefully assessed. Such an assessment does not seem to have been attempted.

Hence there are some very serious concerns —

The available coal resources in India are severely limited, measured in terms of the United Nations Framework Convention on Climate (UNFCC) classification that takes into account various parameters such the depth of the coal seam, the technological complexity of mining it and its cost vis-a vis what the consumer can bear. The royalty and the other revenues that accrue to the public exchequer from private coal companies is usually several times lower than the profits they earn.

Entrusting coal mining to private companies will thus amount to allowing them to profiteer to the detriment of the public interest. It runs counter to Article 39(b) of the Constitution (“the ownership and control of the material resources of the community are so distributed as best to subserve the common good;”) Time and again, the apex court has reiterated the concept that all natural resources belong to the people at large and the government, being a public trustee for such resources, cannot unilaterally take decisions to alienate them to private agencies.