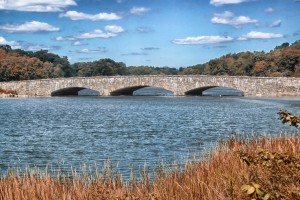 New York/Panama City: The Darien Gap, a jungle that separates Colombia and Panama, is one of the most dangerous places for migrants attempting to reach North America. The number of migrant children who cross the Darien Gap on foot is ever rising and has hit an all-time high with their numbers rising to almost 19,000 so far this year. This is nearly three times more than the number registered over the five previous years combined, the UNICEF claims. It points out that overall,  more than 1 in 5 migrants crossing the border between Colombia and Panama are children and half of them are below the age of five.

In the dense tropical forest of Darien, migrant families with children are particularly exposed to violence, including sexual abuse, trafficking and extortion from criminal gangs. Children who cross the Darien Gap are also at risk of getting diarrhoea, respiratory diseases, dehydration and other ailments that require immediate attention.

Deep in the jungle, robbery, rape and human trafficking are as dangerous as wild animals, insects and the absolute lack of safe drinking water. Week after week, more children are dying, losing their parents, or getting separated from their relatives while on this perilous journey.

“It’s appalling that criminal groups are taking advantage of these children when they are the most vulnerable,” Jean Gough, UNICEF Regional Director for Latin America and the Caribbean said and remarked, “Each child crossing the Darien Gap on foot is a survivor”.

In 2021, at least 5 children were found dead in the jungle. Since the beginning of this year, more than 150 children arrived in Panama without their parents, some of them are newborn babies – a nearly 20-time increase compared to last year.

In the Darien jungle, sexual violence is increasingly and intentionally used by criminal gangs as an instrument of terror. Between January and September 2021, UNICEF registered 29 reports of sexual abuse of adolescent girls during the journey. Many more women have reported sexual abuse.

“Never before have our teams on the ground seen so many young children crossing the Darien Gap –often unaccompanied. Such a fast-growing influx of children heading north from South America should urgently be treated as a serious humanitarian crisis by the entire region, beyond Panama,” Gough said.

Migrants holding more than 50 nationalities from as far afield as Africa and South Asia, are using this route on their way to the United States. Half of the migrants are from Haiti; many of whom have children born in Chile or Brazil.

In Colombia, UNICEF said that alongwith its partners, it is helping with water, sanitation and hygiene services, particularly in the pier areas of Necocli where over 1,000 people, including children, are awaiting transportation alternatives into Panama. UNICEF is also working with local authorities to identify unaccompanied and separated children through mobile units.

In Panama, UNICEF and its partners are providing psychosocial support and health services to migrant children, especially those who have been separated from their parents. Our teams are also assisting in referring children who were subjected to violence to local protection services.

Together with the Panama government, UNICEF is distributing water every day to 1,000 people and hygiene kits to migrant adolescent girls and women at the three migrant reception centres in Bajo Chiquito, Lajas Blancas and San Vicente.

With the support of the U.S. State Department Bureau of Population, Refugees and Migration (PRM) and the European Commission Civil Protection and Humanitarian Aid Operations (ECHO), our teams and partners on the ground are ramping up the provision of critical services such as access to health, water, hygiene and sanitation, protection, psychosocial support and nutrition.

UNICEF calls on governments to ensure the protection of children on the move throughout their journey and coordinate the rollout of a more robust humanitarian response across all countries involved. The integration of migrant families into host communities should be promoted and the root causes that lead them to migrate should be addressed.