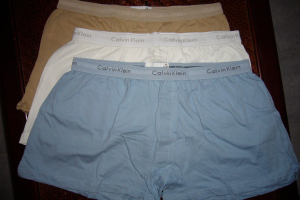 Bengaluru: A ‘chaddi’ (underwear) politics is in play in Karnataka between the ruling Bharatiya Janata Party and the opposition Congress Party.

First, the Congress students’ wing NSUI (National Students Union of India) burnt underwear outside the Home of Education Minister BC Nagesh last week, calling it their protest against the “saffronisation” of school textbooks. The workers were also seen setting fire to a pair of khaki knickers similar to the ones worn by the Rashtriya Swayamsevak Sangh (RSS) volunteers.

The BJP reportedly complained to the police that the NSUI activists were trying to burn the minister’s house down. Not wanting to let go of the chaddi, the Congress soon launched a “burn-the-chaddi” campaign.

“During a protest, we symbolically burnt one underwear – just one underwear. But the police and government made it a big issue and said we are trying to burn the house… So let’s start a chaddi-burning campaign,” Congress leader Siddaramaiah said.

Siddaramaiah said that ‘chaddis’ would be burnt as a sign of protest against RSS.

Not letting the humble chaddi slip down, the BJP retaliated with its own campaign by collecting used and worn out underwears to send them to Congress leaders’ homes.

One video showed workers collecting a cardboard box full of underwear in Mandya and parcelling it to the Karnataka Congress office.

Union minister Pralhad Joshi said, “Siddaramaiah and Congress Party’s chaddi is loose already. They have torn chaddi. So they have gone ahead to burn chaddi. Their chaddi was lost in UP. Siddaramaiah lost his chaddi and lungi in Chamundeshwari. To hit back, he’s trying to burn Sangh’s chaddi.”

BJP leader Chalavadi Narayanswamy added, “If Siddaramaiah wants to burn chaddis, let him burn inside his house. I have told all District Presidents of SC Morcha to help Siddarammiah by sending their chaddis to him. Firstly, I ask Siddaramaiah to seek permission from the pollution control board because burning chaddis causes air pollution. I never thought Siddaramaiah would stoop to this level.”