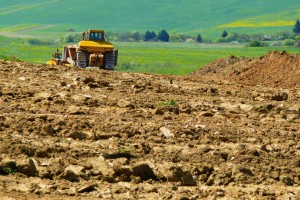 Mumbai: Synchronisation of national highway construction and water conservation was achieved for the first time in Buldhana district, by using soil  and murums from the water bodies, nallas and rivers.  This synchronization of national highway construction and water conservation resulted not only in increasing water storage capacity but saving environment. This consequently lead to the increase in capacity of water storage across the water-bodies in Buldana district and it came to be known as ‘Buldhana Pattern’.

With this activity in Maharashtra, 225 lakh cubic metre of soil was used in National Highway construction and the resultant widening and deepening increased  22,500 Thousand Cubic Metre (TMC) of water storage capacity with no cost to state government.

The Union Ministry of Road Transport & Highways today stated that the NITI Aayog was in the process of formulating National Policy on water conversation based on it.

Union Road Transport & Highways Minister Nitin Gadkari in this regard has written  a letter also to Maharashtra Chief Minister Uddhav Thackeray, urging the Maharashtra Government also to adopt the ‘Buldhana Pattern’ for water conservation in  the state. Through Agro-Vision – an agriculture convention held in Nagpur every year, the Minister  has appealed to adopt the cost efficient ‘Buldhana pattern’ of road-construction nationwide, especially in the regions which are facing problem of water scarcity.

Gadkari has further written to Thackeray about the ‘Tamswada Pattern’ of water conservation project taken up in Nagpur and Wardha district  in which rain water harvesting, conservation and groundwater recharge works were done in order to increase the water storage capacity of natural water bodies  situated in these two districts of Eastern Vidarbha.  He informed that,  ‘Tamswada  pattern’ was being implemented in 60 villages Nagpur and Wardha district while the work already completed in 40 villages.

Taking a note of recurring crisis of floods being faced by Mumbai,  which results into heavy loss of property and life, Gadkari also requested the Maharashtra government to take initiative for preparations of the Detailed Project Report (DPR) for formation of the State Water Grid, on the lines of National Power Grid or the Highway Grid,  to  address the issue of excess water diversion into water deficient regions. This, he stated, would help the government to ensure the availability of the water in drought prone areas and save the resources to manage the flood crisis.

“The idea is to divert the flood water from one river basin to the other river basin in the drought prone area of the state. The areas with shortage of the water, scanty rainfall can get relief by the Grid. This would help to increase the area under irrigation, while bringing significant reduction in the numbers of suicides of farmers. The letter goes on to say that various studies have shown that the incidents of the farmers’ suicide have come down in the areas where the irrigation cover is more that 55%,” he stated.

The Minister mentioned that this would also help to increase agriculture produce and strengthen the rural and national economy. The diverted flood waters would relieve the stress on the local resources. Transportation of goods and passengers through rivers (Water Transport) can be commenced in near future. Fishing and other businesses can flourish alongside and major employment can be generated if such project is taken up as an essential infrastructure.

He hoped that , creation of State Water Grid and adopting  water conservations works under ‘Buldana Pattern’ will increase the agriculture production and bring prosperity in farmer’s economic life  in Vidarbha.