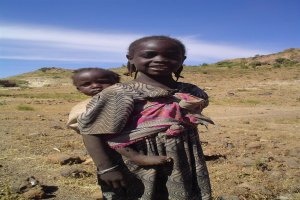 Khartoum/Rome: A multi-partner Integrated Food Security Phase Classification (IPC) analysis, issued today projects a record 11.7 million people, almost a quarter of the country’s population, facing acute hunger at the height of the lean season in September in Sudan. This includes 3.1 million people in IPC Phase 4 (Emergency) and 8.5 million in IPC Phase 3 (Crisis) or above.

The acute food insecurity analysis was conducted between March and April 2022, involving 19 agencies, including several government departments, specialised UN agencies, and local and international non-government organisations. The data indicates that around 9.6 million people across Sudan are highly food insecure and classified in Crisis  (IPC Phase 3) or worse from April to May 2022. This includes 2.3 million people in IPC Phase 4 (Emergency) and 7.3 million in IPC Phase 3 (Crisis).

Western, Northern, and Central Darfur, Khartoum, Kassala and the White Nile States — hardest hit by conflict and economic decline— host the highest caseload of Crisis (IPC Phase 3) and Emergency (IPC Phase 4) levels of food insecurity during the projection period from June to September 2022.

With significant increases in food and other commodity prices, a reduced harvest, and continued conflict, acute food insecurity in Sudan continues to worsen rapidly. The prevalence of the population in IPC Phase 3 or above has moved from 13% (October 2021 – February 2022) to 20% (April-May 2022) to 24% (June-September 2022), driven by a plummeting economy, poor harvests and conflict.

In terms of trend analysis, the prevalence of the population in IPC Phase 3 or above has moved from 13% (October 2021-February 2022) to 20% (April-May 2022) to 24% (June-September 2022). This represents an increase of around 2 million food-insecure people when comparing the same seasons in 2021. With an additional 2 million people classified in IPC Phase 3 (Crisis), the results reflect a significant increase in the expected magnitude compared to the same period last year (June to September 2021), when 9.8 million people were classified in IPC Phase 3 or above.

These troubling numbers are the clearest indication of the deteriorating food security conditions in the country,’’ said Babagana Ahmadu, FAO Representative to Sudan.

“To prevent more people from slipping into crisis and emergency conditions and stave off a looming food crisis, it is imperative that we double down on investments in local food production to ensure farming and herding families can feed themselves and their community in the coming months,” Ahmadu added.

The first half of 2022 marked the height of the country’s political crises, economic meltdown and external factors such as the war in Ukraine. Hence, the harvest for the 2021/22 season is expected to drop by over a third compared to previous seasons in Sudan.

The war in Ukraine is further exacerbating food in Sudan, which is dependent on wheat imports from the Black Sea region. An interruption in the flow of grain into Sudan will raise prices and make wheat imports more difficult. Prices of wheat from the Black Sea region are currently over $550 per tonne, representing a 180 per cent rise compared with the same period in 2021.

Urgent and timely interventions are needed to prevent these populations from slipping into worse phases, the report says.