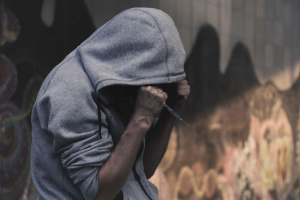 Mumbai: Bollywood superstar Shahrukh Khan’s son Aryan Khan’s drug case took a curious U-turn today. The Narcotics Control Bureau (NCB) today gave him a clean chit in the Cordelia Cruz drugs case. He along with five others have not been named in the charge sheet filed by the agency in the case. Last year he was arrested along with 20 others onboard a cruise ship off the coast of Mumbai.

The Narcotics Control Bureau  Director, SN Pradhan admitted to irregularities and gaps in the initial investigation. He also contended that the Court does not admit WhatsApp chats as evidence.

Pradhan said it was very rare that a seizure of this kind got passed on to senior-level officers. It spells an act of irresponsibility and the people involved in this lapse will be booked. However, he did not name any officer openly in his statement. As the investigations into this narco seizure have gone into the next stage, Aryan has got respite.

While five persons had been arrested in this connection, the NCB contended that there was not sufficient evidence that could nail Aryan and his colleague Mohak in the case.

The nature of the appeal and evidence supplied by the initial investigating agency under Sameer Whankede, who was the investigating officer,  is currently being questioned. Pradhan spelt out that strict action will be taken against those who are responsible for these lapses.

It may be recalled that in early October 2021, Aryan and a group of people were picked up on charges of possessing and distributing narcotic drugs. After several court hearings, the remand court gave three-week custody to Aryan before he was released on bail after 26 days in custody by the Bombay High Court on October 28, 2021.

Soon after Aryan’s arrest, the social media platforms got acutely polarized, hitting out at each other. Speculations were rife that the polarization was in place because the Saffron combine was eyeing a victory in the Uttar Pradesh polls.

The passage of time after Aryan was released on bail served to cool out the heat of this focal point.

Today developments have stirred up a hornet’s nest in both film circles and cine-goers. The charges against Aryan were serious in nature. The prosecution contended that Aryan Khan was responsible for repeated drug use as well as catering to a drug users’ group in a big way.