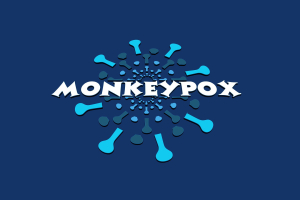 Geneva: More than 550 confirmed cases of monkeypox have now been reported to World Health Organization, from 30 countries that are not endemic to the monkeypox virus.

Investigations are ongoing, but the sudden outbreak of the disease in many countries at the same time suggests there may have been undetected transmission for some time. So far, most cases have been reported among men who have sex with men presenting with symptoms at sexual health clinics.

“These communities are working hard to inform their members about the risks of monkeypox and prevent transmission. But all of us must work hard to fight stigma, which is not just wrong, it could also prevent infected individuals from seeking care, making it harder to stop transmission,” WHO Director-General Dr Tedros Adhanom Ghebreyesus told reporters here today.

WHO has urged affected countries to widen their surveillance, and to look for cases in the broader community. It warned that anyone can be infected with monkeypox if they have close physical contact with someone else who is infected.

“The situation is evolving, and we expect that more cases will continue to be found,” Dr Ghebreyesus said. He added it’s important to remember that generally, monkeypox symptoms resolve on their own, but can be severe in some cases.

WHO continues to receive updates on the status of ongoing monkeypox outbreaks in the countries in Africa where the virus is endemic.

According to Dr Ghebreyesus, WHO’s priorities now are