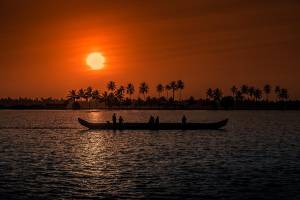 New Delhi/Thiruvananthapuram: The Union Ministry of Health and Family Welfare has rushed a high-level multi-disciplinary team to Kerala to collaborate with the State Health Authorities in instituting public health measures in view of the confirmed case of Monkeypox in the Kollam district of the State.

The team shall work closely with the State Health Departments and take stock of the on-ground situation and recommend necessary public health interventions, the Ministry said today.

“The Government of India is taking proactive steps by monitoring the situation carefully and coordinating with states in case of any such possibility of outbreak occurs,” the Ministry assured.

Earlier, a 35-year-old man who had arrived from the United Arab Emirates a few days ago was diagnosed with Monkeypox – the first case reported in India.

He first went to a private hospital in Kollam and then to the medical college for further treatment. His samples were sent to National Virology Institute in Pune which confirmed Monkeypox today evening.

Monkeypox (MPX) is a viral zoonotic disease with symptoms similar to smallpox, although with less clinical severity. MPX was first discovered in 1958 in colonies of monkeys kept for research, hence the name ‘monkeypox.’ The first human case of monkeypox was reported in the Democratic Republic of the Congo (DRC) in 1970.

Monkeypox is usually a self-limited disease with symptoms lasting from 2 to 4 weeks. Severe cases occur more commonly among children and are related to the extent of virus exposure, patient health status and nature of complications. The extent to which asymptomatic infection occurs is unknown. The case fatality ratio of monkeypox has historically ranged from 0 to 11% in the general population and has been higher among young children. In recent times, the case fatality ratio has been around 3-6%