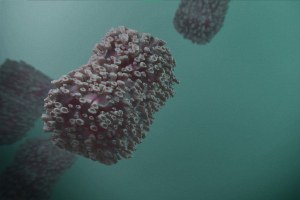 Delhi reported its first case of the Monkeypox virus outbreak on July 24, 2022. Important to note that the patient has no history of travel abroad. It suggests local transmission of disease. Earlier three people who contracted this virus had arrived in Kerala from the United Arab Emirates.

The 34-year-old patient, a resident of Delhi, is currently admitted and recovering in the isolation ward of Lok Nayak Hospital. He had attended a Stag party in Himachal Pradesh recently.

How was the diagnosis confirmed?

The diagnosis has been done by the National Institute of Virology (NIV), Pune using PCR.

Monkeypox is an illness caused by the monkeypox virus. It is a zoonotic viral infection which can spread from animals to humans. It can also spread from person to person.

Unlike SarsCov-2 which is RNA Virus, the Monkeypox virus is DNA Virus.

Is it primarily transmitted from Monkeys?

No. It was transmitted primarily from Rodents to Humans in Western African countries mainly Nigeria and Congo.

The disease is called monkeypox because it was first identified in colonies of monkeys kept for research in 1958 in Zaire (now Congo). It was later detected in humans in 1970.

Rodents got exported to the United States and there the virus jumped to piere dogs and then to humans. The current pandemic is witnessing human-to-human transmission primarily through the sexual route.

– Close contact and Sexual route is the most important route. Most cases in the world have been seen in gay men. Gay, bisexual, and other men who have sex with men (MSM community) are most at risk

– Airborne droplet infections are being considered

– Swollen lymph nodes. This is followed or accompanied by the development of a rash which can last for two to three weeks.

– The drug is available in India. It was developed in the USA primarily to thwart any potential smallpox virus warfare

Why is the disease surfacing now?

Because the immunity of the population has gone down. Smallpox vaccination was abandoned in the late ’70s. It cross-protected against Monkeypox

– Isolate the patient till all lesions heal

– Give him clothes with long sleeves and long pants

– Proper disposal of clothing and linen

Top photo: The infamous monkeypox virus created it in Blender as 3D-Art according to scientific presentation but with an artistic approach. Image by Samuel F. Johanns from Pixabay