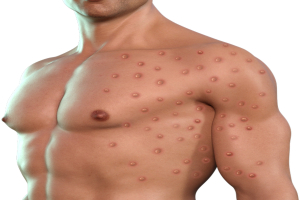 Geneva: Since the beginning of the year, 1,536 suspected Monkeypox cases were reported from eight African countries of which 59 cases were confirmed and 72 deaths reported, the World Health Organization stated today.

WHO said the continuous detection of the virus and deaths reported in some countries in the African Region highlight the need to better understand the source, transmission dynamics and provide people with the information and support they need to protect themselves and others in a range of different contexts.

Since May 13, 2022, cases of Monkeypox were also reported to WHO from 28 countries  where monkeypox was not usual or was not previously reported

While epidemiological investigations are ongoing, most reported cases in the newly affected countries have presented through sexual health or other health services in primary or secondary health care facilities with travel history to countries in Europe and North America rather than to countries where the virus is known to be present. In the countries that have long experienced Monkeypox, WHO said more analysis is needed to understand the ongoing and new sources of infection.

“The sudden and unexpected appearance of Monkeypox simultaneously in several regions without direct immediate travel links to areas that have long experienced Monkeypox suggests that there may have been undetected transmission for several weeks or longer,” it said.

WHO assesses the risk at the global level as moderate considering this is the first time that many Monkeypox cases and clusters are reported concurrently in many countries in widely disparate WHO geographical areas.

In the context of the current multi-country outbreak, WHO has developed interim rapid response guidance for the clinical management and infection prevention and control of monkeypox for health care and community settings.