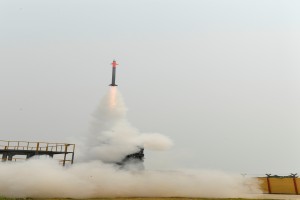 On March 27, 2022, the missile system was successfully flight tested twice against high-speed aerial targets for different ranges as part of the live firing trials.

With the conclusion of flight trials for different ranges and scenarios, the system has completed its development trials, the Defence Ministry said. It informed that the launches were carried out to establish the accuracy and reliability of the weapon system against targets covering the sea skimming and high altitude functionality within the envelope.

“Performance of all weapon system components including missiles, weapon system radar, and command posts have been validated during these trials,” the Ministry stated.