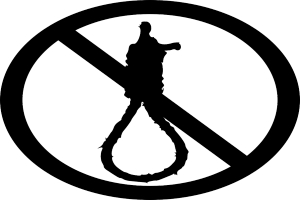 Putra Jaya/Geneva: Malaysia will abolish its mandatory death penalty. To this effect, the Malaysian government has encouraged the country’s Parliament to take concrete steps to pass the agreement into law. The government said it also intends to revise the application of the death penalty for 22 other crimes. The policy shift will replace the mandatory death penalty with alternative sentences in relation to 11 crimes including murder and terrorism and give judges discretion to consider mitigating circumstances and commuting sentences for these offences.

Commending the Malaysian government’s move, UN human rights experts today reiterated in Geneva that the mandatory use of the death penalty constitutes an arbitrary deprivation of life and is a fundamental infringement upon the independence of the judiciary and fair trial guarantees. “It denies judges the possibility to consider the defendant’s personal circumstances or the circumstances of the particular offence and individualise the sentence,” they said.

Stressing that the death penalty is incompatible with fundamental tenets of human rights and dignity, they said that with a de facto moratorium on executions already in place since 2018, the abolition of the mandatory death penalty in Malaysia will send a strong signal in a region where capital punishment is too often imposed for crimes such as drug-related offences.

“Those sentenced to death, who in some cases include persons with disabilities, suffer from severe deterioration of their mental health due to prolonged periods of imprisonment. In Malaysia, most of those sentenced to death are charged with drug-related offences. “The majority of these offences do not meet the threshold of the most serious crimes, meaning intentional killing, which remains the only category of offence for which the death penalty can be imposed under international law,” they said.

The UN experts also welcomed the government’s intention to revise the application of the death penalty for 22 other crimes. “This measure, if passed into law, will further bolster the global trend towards universal abolition, and contribute to the enhancement and development of human rights,” the experts said.

Noting that no draft legislation has been released so far, the experts urged the Malaysian Government to introduce amending legislation without further delay and commute all death sentences to alternative sentences. The legislation will impact more than 1,300 convicts, many of whom belong to ethnic minorities, currently held on death row.

“We will continue to support Malaysia in its efforts towards full abolition, including by supporting ratification and implementation of the International Covenant on Civil and Political Rights and its Second Optional Protocol on the abolition of the death penalty,” they said.