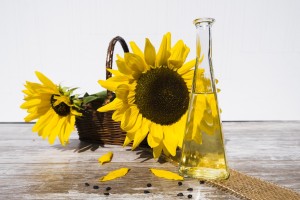 New Delhi: Edible prices are higher than year ago period but from October onwards there was a declining trend following government intervention to improve the production of secondary edible oils, especially rice bran oil to reduce the  import dependence.

The Ministry of Consumer Affairs, Food & Public Distribution claimed today that despite international commodity prices being high, interventions taken by Central Government along with State Governments’ involvement  have led to reduction in prices of edible oils. Consequent upon the above reduction, the total duty is 7.5% for crude palm oil and 5% for crude soyabean oil and crude sunflower oil.

The Ministry stated today that the basic duty on RBD palmolein oil, refined soyabean and refined sunflower oil has been slashed to 17.5% from the current 32.5%.

To control prices of edible oils the government has rationalised import duties on palm oil , sunflower oil and soyabean oil,  futures trading in mustard oil on National Commodity & Derivatives Exchange Limited (NCDEX) has been suspended and stock limits have been imposed.

Major edible Oils players including Adani Willmar and Ruchi industries have cut wholesale prices by Rs. 4 -7 per litre. Prices have  been reduced to give relief to consumers during festival season.