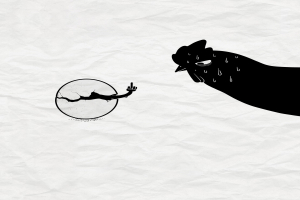 Mumbai: Maharashtra Chief Minister Uddhav Thackeray is into damage control mode and has appealed to the rebel team of MLAs who are holed up in a luxury hotel at Guwahati to return to the Party fold and hold talks to resolve all differences. He has urged that they should not fall prey to misguidance from any quarters.

Uddhav has cautioned the rebels that they won’t be able to get the same level of respect and dignity that the Shiv Sena offered them in any other political fold. The Chief Minister who is currently also held a cabinet meeting in order to reassign the portfolios that fell vacant after the ministers among the Sena rebel Shiv Sena camp headed by Eknath Shinde fled to Guwahati.

Uday Sawant, an MLA from the rebel camp  spoke up saying, “We all have voluntarily landed in Guwahati under Shinde’s stewardship and none of us had any conversation with the Party leaders in Mumbai.” Sawant also requested that the Party cadres at the lower levels should not get misinformed on this count.

Meanwhile, State-level political functionaries from the Sena disclosed that Nationalist Congress Party’s (NCP’s) supremo Sharad Pawar had prevailed upon Uddhav to hold the fort and put up a fight against the latter’s will to resign on moral grounds.

Interestingly both the warring camps within the Shiv Sena that heads the Maha Vikas Agadhi government in Maharashtra claim to be holding an edge over the other. While Sena MP Sanjay Raut claimed that more than 15 MLAs from the rebel leader Eknath Shinde’s camp were in touch with the Sena leaders in Mumbai, Shinde claimed that his group was the true followers of the Party’s founder Balasaheb Thackeray and will soon return to Mumbai after consolidating on government formation.

Defending the status of the Sena’s State Assembly unit, Raut was also under a cloud for being summoned by the nodal agency, Enforcement Directorate (ED) in relation to a money-laundering allegation. Raut reportedly sought more time for the ED summons, citing that he needed some reprieve before he could appear before the agency.

Shinde reacted by debunking Raut’s claim that many MLAs from his team were in touch with Sena leaders in Mumbai and the channel was open for their reuniting with the original Party fold. Shinde was also unforgiving about Uddhav’s camp heaping them with abuse and issuing bodily threats before condescending to hold talks.

The leader of the opposition ranks in the State Legislative Assembly, Devendra Fadnavis is reported to have gone to Delhi to hold talks with senior Bharatiya Janata Party functionaries. However, formally, there has been no comment from the BJP ranks both in the State and Centre. Party spokesperson disclosed that for now, their stand was just to, “Wait and Watch.”