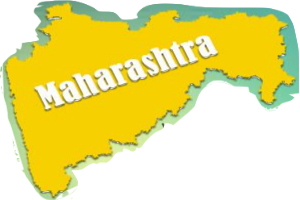 Mumbai: Maharashtra politics is on the boil with the ruling  Maha Vikas Aghadi (MVA) facing a stiff challenge from the Bharatiya Janata Party (BJP) owing to a rebellion led by the deposed chief of the Shiv Sena Legislative Assembly, Eknath Shinde who has holed up in a private hotel in Surat along with 29 other MLAs. Latest reports pouring in indicated that the Lotus was short of just 11 MLAs to be able to garner adequate numbers for government formation in the state.

Maharashtra Chief Minister Uddhav Thackeray decided to go into the huddle mode with his team of MLAs at his official residence ‘Varsha’, where the MVA constituent Nationalist Congress Party (NCP) supremo Sharad Pawar is also expected to be present. Earlier in the day, the Congress and the NCP leaders maintained a volte-face stating that it was a purely internal matter of the Shiv Sena and the latter is expected to handle and sort it out on its own. Nor was there a show of any diffidence on part of the alliance leaders when questions were raised about the stability of the current MVA government.

The rebellion had its roots in the cross-voting that took place in the recently concluded Legislative Council elections in the State which initially resulted in six of the Sena MLAs going underground. The developments intensified on Monday, June 20, 2022 night with reports of a group of 22 MLAs being parked in Surat’s Le Meridien hotel and staying inaccessible. To break the unreachable jinx, it was reported that senior Sena leaders, Milind Narvekar and Ravindra Phatak were on a visit to the Surat hotel where the rebel group of MLAs were supposedly holed up.

Meanwhile, the Congress Legislative Party under Balasaheb Thorat negated reports about the rebel MLAs being unreachable. They also denied reports that Thorat had resigned from the leadership of the Congress Legislative Party. Shiv Sena spokesperson Sanjay Raut too pitched in stating, “The MLAs were loyal to the Shiv Sena and are expected to return to our Party fold.”

The efforts to topple the Maharashtra government have been afloat for quite a while. “However, the BJP better bear in mind that our state is an entirely different ball game from either Madhya Pradesh or Rajasthan,” Raut voiced. He, however, conceded that a few Sena MLAs along with Eknath Shinde were eying to engineer a rift. Discussions are also on between Sharad Pawar and Uddhav Thackeray on the matter, he added.

While BJP’s Narayan Rane maintained a “no comments” stand, State Opposition leader Devendra Fadnavis is reported to be instrumental in the spate of affairs that have taken shape. Raut informed the media that several of the Sena MLAs had complained to him about being kidnapped after they were called to a hotel in Mumbai’s neighbouring Thane district. He spelt out that the Party had already taken disciplinary action against Shinde and there was no question of the Party striking any deal or accepting any proposal from the latter.

Chief Minister Uddhav Thackeray had held a meeting with Party legislators at 12 p.m.today and meetings were also slated to take place in the evening.