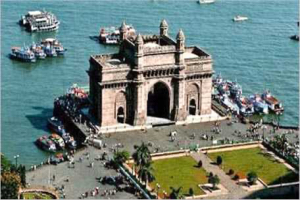 Mumbai: Forty days after taking control by ousting Uddhav Thackeray-led Maha Vikas Aghadi government, the Eknath Shinde-led government finally got its much-awaited ministry in place with the swearing-in of a total of 18 MLAs as ministers in a grand ceremony here today. Maharashtra Governor Bhagat Singh Koshyari administered the oath of office to the ministers.

The ministry includes 9 each from the Bharatiya Janata Party and Shiv Sena faction led by Chief Minister Shinde. 17 of the ministers in the new team were ministers earlier too. No woman is inducted into the new ministry. The allocation of portfolios is not yet announced.

Chief Minister Shinde has the backing of 40 of the 55 Shiv Sena MLAs and ahead of the swearing-in ceremony, he had a meeting with them.

Significantly, the inclusion of Sena leader Sanjay Rathod in the Cabinet has created a ruckus and the vice president of Maharashtra BJP, Chitra Wagh, protested his induction into the cabinet. Rathod, who was the State Forest Minister in the erstwhile Thackeray government, was forced to quit his post after the BJP launched a scathing attack on him for his alleged link in the death of ‘Tik Tok star’ Pooja Chavan, a 23-year-old woman from the nomadic banjara community in Pune.

Chief Minister Shinde though defended Rathod and stated,  “Sanjay Rathod had been given a clean chit by the police in the erstwhile MVA government. Hence, he was inducted in the present cabinet. If someone else has anything to say over and above this, we will definitely hear them out”.

Prime Minister Narendra Modi in a tweet described the team as a “great blend of administrative experience and the passion to deliver good governance”.