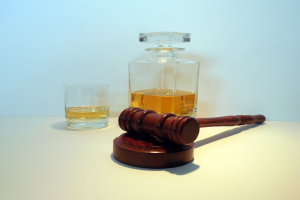 Many senior advocates and others waxed eloquence on the occasion of Nuthalapati Venkata Ramana’s retirement as 48th Chief Justice of India, in August 2022. There were avalanches of tributes, with the choices of vocabulary, blended with prosaic verbosity, articulacy and adjectives which camouflaged the malevolence spewing dragons, who only recently, vehemently criticized the Hon’ble learned Judge; and in fact went to the extent, of distorting public opinion about his virtues.

It’s not an isolated incident; it’s a regular feature at all courts through all bar associations from Magistrates courts to the Supreme Court, a feature which is unique only to the legal profession; which organizes a welcome ceremony to receive a new judge and a farewell ceremony as a send-off.

A number of questions arise for consideration by the general public. Is it imminent that whenever a judge is appointed, transferred or retired, there has to be an elaborate function, in terms of welcomes and/or send-offs? What are the dangers of cosying up to any judge? Couldn’t there be a miscarriage of justice? These perplexing questions torment the minds and rightly so; because some of the conditions of their appointment are, “Not to mention their personal views in the media”, at functions, or while officiating on the bench, “Not to be affiliated with any political party, Not to socialize” etc.

Advocates are human beings like others, they are citizens like others, they are prone to err and at times may have to appear before a court as a complainant, accused, plaintiff defendant, petitioner, respondent, an applicant or opposite party, as the case may be, and there lies the crux of the problem. The question of getting erroneously biased; the probability of which exists; in fact cannot be dispensed with; as candidly admitted by the late Hon’ble Learned Justice Prafullachandra Natwarlal Bhagwati of the Supreme Court, while he addressed the nation on Doordarshan on the eve of his retirement, in the early ’70s, when he said: “The mind of a Judge is not a vacuum, there are pro and anti biases, depending on various factors.”

Therefore, if a person who shares the dais, has to appear before that very Judge, for his /her personal or client’s case or suit, it becomes questionable; and scepticism is bound to creep in.

The next disturbing issue which plagues one’s mind is about gifts being given to Judges, some Machiavellian advocates may pass off “grafts” as gifts. Who is to check the contents thereof?

Ceaser’s wife should be above board, therefore following the rule of transparency is the best policy. As such, it may be proposed, a Judge who receives a gift from the bar as an institution or an individual advocate, or otherwise should spontaneously open the wrapping of the gift and exhibit the same on the dais itself. Better still luncheons, dinners, bouquets permitted, gifts banned; else ban the socializing altogether. Aren’t engineers, doctors, and civil services officials transferred, do they have such elaborate festivity?

*The author is a legal expert. Views expressed herein, are of the author, for academic purposes only.