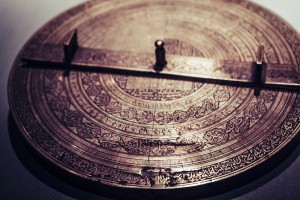 The intricacies of Hindu calendar– Part 2

Kaliyuga calendar, which is in its 6018 the year, could be the oldest Indian calendar

This is a year which has an additional month, called Adhik Maas or Mal Maas – the 13th month that recurs every three years, in the Hindu calendar. The Adhik Maas got over on October 16, heralding Navratris.  But what is equally interesting is that there are times when a month is subtracted from the Lunar calendar. This is a rare occurrence over a cycle of centuries, where a certain month is considered Kshaya Maas (dropped month). This happens due to the complexity of the movements of sun, earth and moon. This had occured in 1 BCE, when the month of Pausha was dropped as there was no new moon between Makara Sankranti and Kumbha Sankranti!

As we go deeper into the overall framework of the Hindu calendar in order to understand the intricacies of the calculations involved, we can also explore some of the most popular calendars being used in the world.

What is a Hindu Calendar?

The Concept of time in Ancient India

In terms of chronological and astronomical calculations, the Indian civilization was undoubtedly  the most advanced and sophisticated and they went to great lengths to describe their observations on time and space. To understand Indian calendar, it is important to understand the Hindu units of time. The Indians had the concept of deep time.The time scales in the Hindu tradition range from 10^-8 seconds (Truti, the base unit) to 10^22 seconds (lifespan of Brahma, the creator of the current universe).   Ancient Indian astronomers had acquired the knowledge to measure time as minute as 34,000th a second.

What is indeed striking is one of the fundamental premise in Hindu unit of time that Time is cyclical. This means Time moves in endless cycles of creation, sustenance and destruction. This is the reason for depicting time as a wheel. Time is infinite. It has a cyclic universe, which in simple terms means that while the current universe was preceded, there will be an infinite number of universes to follow the current one.

“The world is like a potter’s wheel: the wheel looks as if it stands still,  though it revolves at a terriﬁc speed,” – Yog Vashishta

Another very interesting concept is that of Time Dilation which refers to the experience of time being different for people in different motion and dependent on their proximity to a large gravitational mass. Time Dilation affects the lifespan differently for humans, Pitris, Devas, Manus, and of Brahma   This is also one of the fundamental postulates of the theory of relativity. For example Brahma’s 1 year is equivalent to Humans 3,110,400,000,000 yr. Or one year of Humans is equivalent to 10 microsecond of Brahma.

There are umpteen references to time dilation scattered  in Indian scriptures like the Puranas, Yoga Vasistha etc. For example in Shrimad Bhagwat Mahapuran, 9th Skandh, Chapter 3, Shloka 27 to 34:   When King Kakudmi reaches Brahma looking for a proposal for his daughter  Brahma laughs and says  – “The candidates whom you are considering as probable groom for your daughter; are no more in earth, not even their son and grandson. Even the name of their descendants too is a matter of past now. All their descendants have extinct now with the time. Meanwhile during your visit, 27 Chaturyugi has been passed.”

This kind of statement would have appeared illogical 100 years ago. But not any more.

In sidereal metrics , the smallest unit of time is Truti which is .30 us (microsecond) and the biggest unit can be Nakshatra Ahoratram (Sidereal day) which is equivalent to 86.4 ks (or 32 Muhurta).

At cosmic level the sheer enormity of time envisioned and calculated by ancient Indians is mind boggling. . The following table may shed some light on it:

The basis of Hindu timekeeping is sidereal time with respect to the fixed stars. The reference that is used for calculations is 0° Aries. When the sun enters 0° Aries, generally on April 14 of the Gregorian calendar, the sidereal year, varsha, begins. The varsha gets completed when the sun traverses through 360° of the rashi chakra in 12 months. What is interesting is that the starting point, 0° Aries,  is calculated using the nakshatra chitra and locating the point 180° opposite it.

2 thoughts on “‘Kshay Maas’ – When a month is dropped from the calendar!”