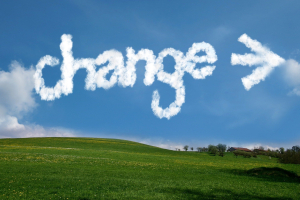 Bengaluru: Taking everyone by surprise, the Karnataka government took the ordinance route today to give effect to a renamed anti-conversion bill. The ordinance got the cabinet approval in the morning.

The move comes as Assembly and Council were prorogued and a question mark remains on the hurry to bring the ordinance.

The anti-conversion bill has been renamed the Karnataka Protection of Right to Freedom of Religion Bill which was earlier passed in the Legislative Assembly in December last year and is pending passage in the Legislative Council, where the ruling BJP is one short of a majority. The ruling party hopes to make up the number in the Council within six months.

Chief Minister Basavaraj Bommai said: “Because the Assembly and Council got prorogued, we are placing a proposal to promulgate an ordinance in the Cabinet today.”

In a statement, Law Minister JC Madhuswamy said, “We’ve taken a decision to go in for ordinance for the anti-conversion law. We will not call it anti-conversion law but the Protection of Right to Freedom of Religion Bill. Without any amendments whatever was passed in the Assembly will be made as an ordinance. In the near future, we are not looking at an assembly session again, we didn’t want to keep it in the dark. It doesn’t have to go to the assembly, it’ll be sent to the council.”

Reacting to the move, Karnataka Congress chief DK Shivakumar said: “I don’t know why the Karnataka government is in such a hurry. They should promulgate an ordinance on some development agenda or giving employment to the youth.”

The bill is aimed at preventing conversion by means of ‘allurement’, ‘coercion’, ‘force’, ‘fraudulent means’, and also ‘mass conversion’. The government’s stand is that these instances cause disturbance of ‘public order’ in the state.