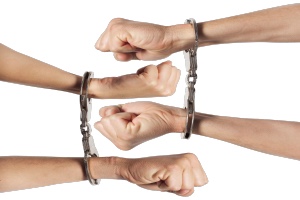 Geneva: Press Emblem Campaign, the global media safety and rights body, today denounced the continued crackdown on the media by the military junta of Myanmar (also known as Burma and Brahmadesh) and demands the unconditional release of all scribes, who were sent to jails after the infamous military coup on 1 February 2021.

Local media outlets in Yangon (Rangoon), the former capital city of Myanmar, reported that three journalists were imprisoned in the third week of March 2022 for covering the anti-junta demonstrations across the southeast Asian nation. The number of arrested (or detained) media workers in Myanmar has lately increased up to 125, while around 50 are still behind the bars.

All the three Burmese journalists namely Than Htike Aung (Mizzima), Han Thar Nyein (Kamayut) and Ye Yint Tun (Myanmar Herald) were imprisoned for two years each for allegedly preparing false news. Aung, who is associated with the Mizzima group, was arrested on 19 March 2021. Similarly, Nyein, who co-founded Kamayut news outlet, was arrested on March 9, 2022. Tun from the Myanmar Herald digital platform was arrested on 28 February last year.

“The military regime in Naypietaw has treated the journalists as its enemy, while the media workers are doing their job only. The Burmese generals must respect the scribes and facilitate them to perform duties without fear and trepidation,” said Blaise Lempen, the president of PEC, adding that the international community should also pay attention to the hardship faced by journalists in Myanmar.

The military junta has already cancelled the permits of Mizzima, Democratic Voice of Burma, Myitkyina News Journal, Myanmar Now, 7Day News, Khit Thit News, etc. Now they are operating from outside the country to avoid arrests. A large number of journalists are hiding in neighbouring countries like Thailand, Bangladesh and India to continue working as newsmen.