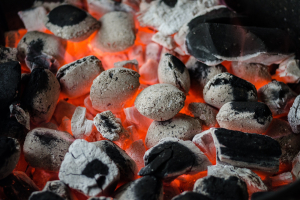 New Delhi: Accusing the government of mismanaging Coal India Limited,  a Non-Profit Organisation with academics, jurists, erstwhile administrators, trade unionists and social activists as its members, claimed that the government diverted CIL’s funds and manpower that led to an ‘unprecedented’ coal crisis in the country.

“If the funds and manpower had not been diverted, production could have grown at 11 per cent, as it was growing in 2015-16, and CIL would be producing anywhere between 750 and 800 MT,” the Peoples’ Commission on Public Sector and Public Services (PCPSPS), which has Dr Thomas Isaac,  former Finance Minister, Kerala and  E.A.S. Sarma,  Former Secretary, Ministry of Power & Economic Affairs, Government of India, as its Co-Chairs, claimed.

It demanded an independent enquiry into the crisis “that occurred once during 2021, has enveloped the country during the summer of 2022 and is likely to extend into the monsoon”.

It further claimed that this continuing crisis crippled the economy and “caused enormous economic losses, in addition to imposing an undue burden on the already indebted State power utilities”.

Earlier on April 4, 2022, the Union Minister of Coal, Mines and Parliamentary Affairs Pralhad Joshi in a written reply in  Rajya Sabha, had stated that as per the present rate of demand/consumption there were sufficient resources of coal in India. “Every year CMPDI [Central Mine Planning And Design Institute – a subsidiary of CIL] is adding about 4000-6000 MT of proved resources in the coal inventory of India. There is no threat to coal resources for future coal demand in our country at the present rate of extraction/demand,” the Minister had stated.

According to the Government figures, the total quantity of coal imported into the country during the last five years, year-wise was as under:-

Joshi had also told the Upper House of Parliament that the cumulative coal production from 1950 up to 2020-21 was 17,297.94 million tonnes as per the Coal Controller.

However, according to the PCPSPS press release, CIL’s production was stagnant at around 600 MT during 2018-19, 2019-20 and 2020-21  due to the reasons that should be included in the terms of reference of the enquiry. These reasons, it claimed, were:

1. Withdrawal of reserves of CIL to the tune of ₨. 35000 crores. These reserves were accumulated in order to develop new mines and augment existing mines. The development programme had to be abandoned.
2. The primary role of the CIL should be not only to be the main producer of coal on scientific lines but also as the premier explorer and developer of new coal inventories. By indiscriminately auctioning CIL’s coal blocks to less competent private promoters, the Centre has curtailed this role to hurt the overall public interest.
3. Directives to CIL to invest in the fertilizer industry, thereby neglecting its primary function of meeting coal demand.
4. Non-appointment or delayed appointment of key executives such as CMD CIL for several years. Deputation of coal mines managers and executives to “Swatch Bharat” assignment, thereby directly slowing down the development of coal mines.
5. The Centre is expected to anticipate electricity/ coal demand, plan for it, arrange the logistics and ensure that the country is self-reliant on coal supplies. The concerned institutions are under the oversight of the Centre. In discharging this responsibility, the Centre has apparently failed, which has thrown the country into an unprecedented coal crisis.

The PCPSPS charged that the policies formulated by the Central Government were to directly benefit private interests and claimed that in the past when the State power utilities had to import coal, some private Indian companies owning overseas coal mines supplied coal and had over invoiced the same to profiteer at the cost of the utilities.

Noting that the Enforcement Directorate and other investigating agencies have undertaken investigations against these entities, it claimed that there have been “enormous delays in investigating Show Cause notices issued by the Directorate of Revenue Intelligence (DRI) to the tune of about Rs. 30,000 crores”.

It said that the recent Supreme Court order, staying the Bombay High Court order quashing all letters issued by DRI seeking information about alleged Rs.29,000 crores over-invoicing by a corporate group exercising “enormous influence” with the government of the day in connection with imports from Indonesia, leaves no scope for further delay.

It further hinted at a “possible correlation between market transactions and import orders” issued by the Ministry of Power, and claimed the following orders for import of Coal were “to benefit vested interest”:

1) India’s April import was 15.92 million tonnes, down from March when the import was 21.79 million tonnes.
2)  Bloomberg has reported on May 19, 2022, that the bullishness in coal prices helped flagship firm Adani Enterprises Ltd. clock a 30 per cent jump in profit for the three months ending March – the highest in six quarters.
3) Government of India giving away CIL’s greenfield blocks to private companies, it has also failed in its responsibility of supervision of private mines to ensure that they fulfil their obligations.

The PCPSPS however, further accused the Centre of “unilaterally” directing States to import coal “without caring to take into account the technical implications of using imported coal in power plants”, after creating a “crisis”.

“Forcing the States to import coal has encouraged the overseas suppliers to quote astronomical prices, implying that they would benefit by earning windfall profits at the cost of the States,” it said. It claimed that according to some estimates, coal imports would cost Punjab about Rs 800 crores and Haryana, Rs 1200 crores.

According to a rough estimate, it claimed, the total additional cost burden on the States on account of this would be in excess of Rs 24,000 crores.

“The Centre should immediately compensate the States for this, with the specific condition that the amount would be used for meeting the additional cost of coal imports. If the coal crisis is likely to continue, the amount of compensation thus due to the States would be correspondingly higher,” it demanded.

It stated that the Government of India has

1. Imposed a minimum percentage of 10% of imported coal by the States, and if there are shortfalls, penalize the States with corresponding cuts in domestic coal supplies
2. Allowed the IPPs to import coal and pass on the full import cost to the State utilities in deviation of the terms of the existing PPAs, though earlier it is the Centre that took umbrage at the States trying to renegotiate regressive PPAs signed with the IPPs in the past, thus overturning its own earlier diktat to suit the interests of the IPP promoters
3. Made no attempt to either cap the import price or use its own bargaining power to beat them down to a reasonable level of prices. This is very critical in view of the fact that the private overseas coal suppliers, many of whom are also domestic companies in India, have quoted prices far in excess of the cost of production to earn windfall profits at the cost of the States.

Referring to the “minimum” provisions required for the import of coal, the PCPSPS said that since all the instruments of policy are vested with the Government of India, it has the sole responsibility of importing coal. “Independent import by several state governments from the same vendors will reduce the bargaining capacity of the various states and escalate the cost of coal,” it claimed.