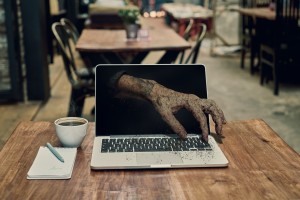 Mumbai: According to Intelligence inputs on the high-profile Sushant Singh Rajput death case, the nodal agency, namely the Central Bureau of Investigation (CBI) will be faced with a very difficult task owing to the systematic destruction of evidence. The CBI will have a very tough job, reconstructing the spate of events and coming out with a water-tight case against the accused.

The intelligence officer giving this input, pointed out that actor Sushant’s body was cremated on the very next day. This has rendered the re-evaluation of the Cooper hospital autopsy report almost impossible. He further said, this state of affairs has caused a gap between the circumstantial evidence and the confessions that were gathered by the CBI.

The more piquant problem is that the All India Institute of Medical Sciences (AIIMS) post mortem report is unable to determine the cause of death clearly as suicide. The body having already been cremated, the AIIMS is in no position to rectify or redress the situation. It implies that the CBI will not be in a position to decide on anything.

The report comes in the wake of mixed developments on the investigation front that are being conducted simultaneously by two nodal agencies, namely the CBI and the Narcotics Control Bureau (NCB). An earlier attempt by the Enforcement Directorate to establish the money laundering angle too petered out with the pattern in the banking transactions from actor Sushant’s account failing to provide any circumstantial proof about embezzlement or misuse of trust by the accused actress Rhea Chakraborty.

It was actress Kangana Ranaut who came out with a spate of allegations, blaming  film personalities who have teamed up and plotted to supply narcotic drugs to people in the industry whom they considered inimical to their interests. With seemingly no evidence at that stage to support her contention, the NCB bit the bait to investigate the drug angle. The money trail angle getting weakened after the ED failed to establish anything prima facie, the focus of the investigations in the Rajput death case shifted to the covert drug supply angle. At that stage a story was floated that Sushant’s ex-manager Disha Salian who had committed suicide just six days before his death, had earlier reportedly informed Sushant that actress Rhea was acting on behalf of a group of film people and supplying him with narcotic drugs that were harmful to him in the guise of medication. The theory further stated that Sushant got worked up and angered after receiving this information and he confronted Rhea about it.

The theory concluded stating that Sushant was killed by his adversaries in his fraternity owing to the confrontation. This clearly implied a murder versus abetment to suicide angle. It found support with Sushant’s family members claiming that the CBI had failed to act on this information and register a murder case. The family cited an informal communication from the AIIMS to support their contention. However, after the AIIMS report was submitted to the CBI, there was no indication of any supportive evidence to this theory. Right now, the investigation is at the crossroads with nothing concrete emerging from any of the nodal agencies that are working on the case.

Interestingly, the drug angle was amplified at one stage, with people saying, “There is going to be a clean up of the dirty mess in Bollywood once the proponents of drug supply are named and brought to book by the courts.”

Amidst speculation on lack of proof daunting actor Sushant Rajput abetment to suicide investigations, a group of senior ex- police officers have now petitioned the Bombay High Court to intervene and stop the trial by media on this high profile case. The petitioners comprising a group of eight officers, have contended that the media is indulging in slander and malicious propaganda against the men in uniform. Such behaviour is objectionable as it vitiates against the principles of responsible journalism.

This concurred with reports about an air of uncertainty pouring in from the intelligence inputs.