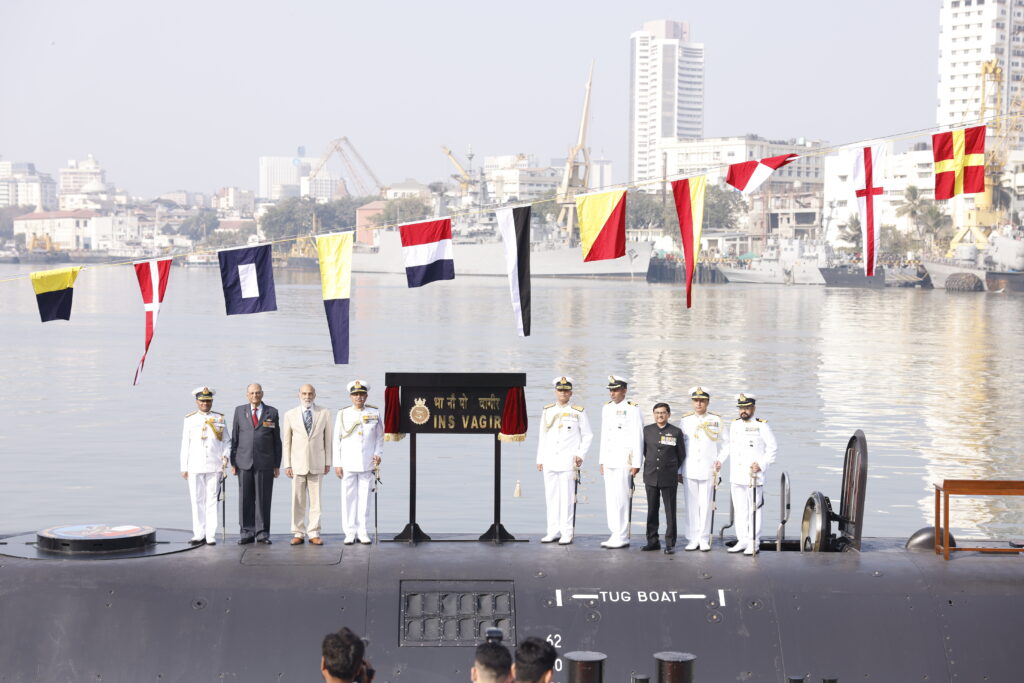 Mumbai: The fifth stealth Scorpene class Submarine INS Vagir was commissioned into the Indian Navy today at the Naval Dockyard Mumbai in the presence of Admiral R Hari Kumar, Chief of the Naval Staff (CNS).

Six Scorpene Class submarines are being built in India by the Mazagon Dock Shipbuilders Limited (MDL) Mumbai, under collaboration with Naval Group, France. INS Vagir would form part of the Western Naval Command’s Submarine fleet and would be another potent part of the Command’s arsenal. 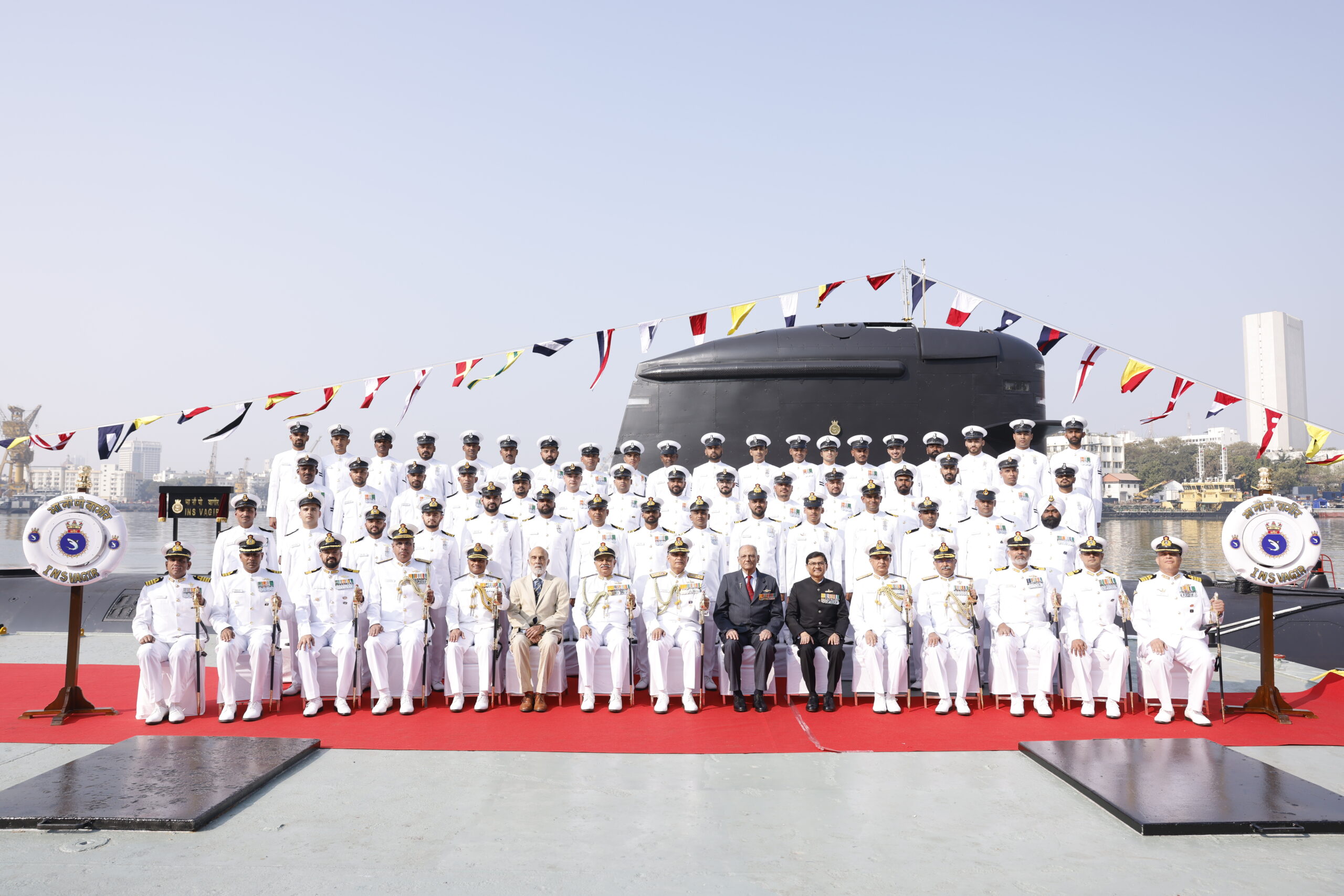 Vagir- The Sand Shark represents ‘Stealth and Fearlessness’, two qualities that are synonymous with the ethos of a submariner. The motto of the submarine, ‘Saahas Shaurya Samarpan’ epitomizes the core values of Courage, Valour and Dedication. These values reflect in undertaking all operations at their peak efficiency to emerge victorious in all conditions and the ability to be synergised when faced with a difficult task.

Vagir was launched on November 12, 2020, under Project 75 (P75) and was delivered to Indian Navy on December 20, 2022, post-completion of sea trials. It has the distinction of having the lowest build time among all indigenously manufactured submarines to date.

Flag Officer Commanding-in-Chief, Western Naval Command VAdm AB Singh, Chairman & Managing Director, MDL VAdm Narayan Prasad (Retd) and other senior civil & military officials of the Ministry of Defence were present during the commissioning ceremony. The crew of the erstwhile ‘Vagir’, a Russian-origin Foxtrot Class Submarine which was decommissioned in 2001 were special invitees for the ceremony and the then commissioning Commanding Officer RAdm K Raja Menon (Retd) was also present.

The Scorpene Submarines are extremely potent platforms, they have advanced stealth features and are also equipped with both long-range guided torpedoes as well as anti-ship missiles. These submarines have a state-of-the-art SONAR suite and sensor suite permitting outstanding operational capabilities.

Speaking on the occasion the CNS stated that INS Vagir will give a significant fillip to the Indian Navy’s operational might and serve as a potent deterrent for any adversary. He also highlighted that Vagir is the third submarine inducted into the Navy in a short span of 24 months. “This underscores the coming of age of India’s shipbuilding industry, and the maturing of our defence ecosystem. It is also a shining testimony to the expertise and experience of our shipyards to construct complex & complicated platforms and serves to reinforce Indian Navy’s unequivocal commitment and steadfast resolve to be a fully ‘AatmaNirbhar’ force by 2047,” he said.

Congratulating the Mazagon Dock Shipbuilders Ltd for Vagir’s commissioning, the CNS stated that MDL is a close and valued partner of the Indian Navy and has been at the forefront of the Navy’s transition from a ‘Buyer’s Navy’ to a ‘Builder’s Navy’.

Admiral Kumar complimented the Commissioning Crew stating that “it gives me every confidence that each one of you will ‘do your duty and do it well’, and that Vagir will serve the Nation with pride and élan guided by the highest traditions of the Navy”.