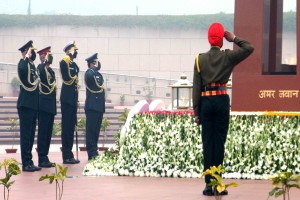 This demonstration was a recognition of the Indian Army’s steady embrace of emerging and disruptive technologies to transform itself from a manpower intensive to a technology enabled force to meet future security challenges, the Defence Ministry stated.